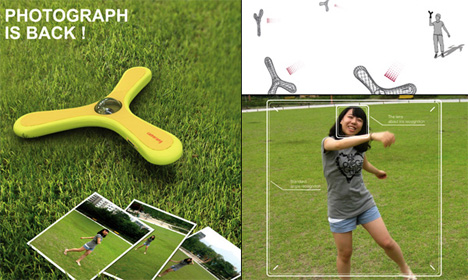 How different would your self-portraits look if you could get rid of the mirror or the arms-length perspective? The Camerang concept from Sangyong Park is a playful adaptation of the traditional camera, letting every photographer catch action shots of herself from truly unusual angles. 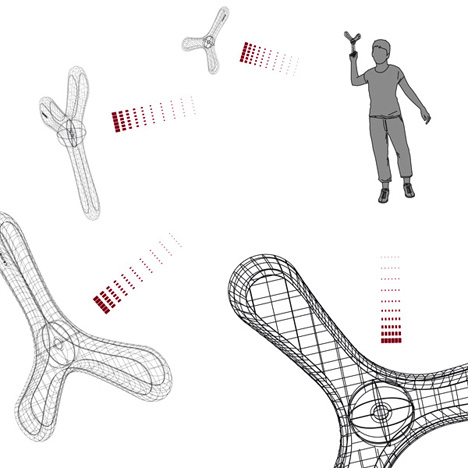 The gadget would involve a boomerang with a camera built into the top. Simple enough, right? The camera wouldn’t indiscriminately snap pics as it twirled around and around, though – the lens would lock onto a subject and calculate the required angle and trajectory for taking multiple snaps of that person as it spins away and then back. 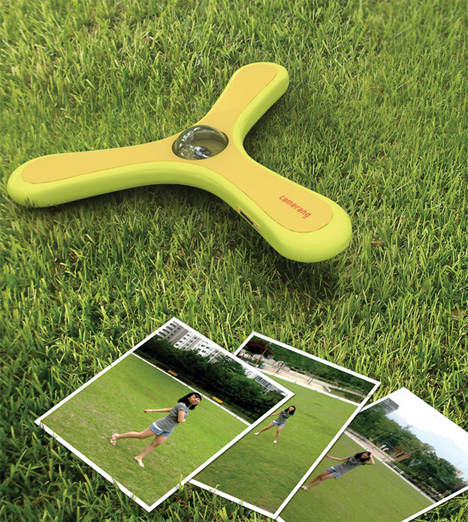 Of course, the Camerang is only a concept and a rather far-fetched one at that. But it puts an adorably fun spin on the same old-same old camera concepts by breaking out of the standard form and exploring a play-based variation.