10,000+ Subscribers
Phoning It In: Next Gen Augmented Reality Shopping is Here

There was a scene in that most-referenced of all sci-fi movies, Minority Report, where the main character walked into a Gap store. Facial recognition technology identified him, and the store’s computer system made suggestions specifically for him. When the movie was released, that all seemed like a great futuristic concept, but not all that realistic. Well, it’s about to get real. According to a piece in the New York Times, augmented shopping is not only definitely in our future – it’s already in place in a few select locations. 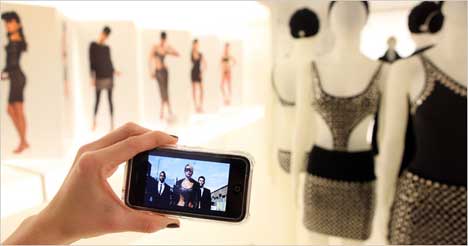 The features would differ from one company to the next, but some possible highlights are coupons, deals and product information being delivered directly to your cell phone, being able to buy an out-of-stock item and have it delivered to your home, or even buying goods from outside of the shop when it’s closed. Sounds suspiciously like internet shopping without the pleasure of sitting at home and shopping in your undies, right? 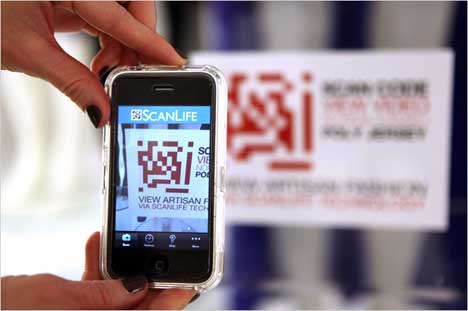 According to the article, there are other helpful features to be had. One would provide directions to whatever product the shopper is looking for. In an unfamiliar store and desperately need to find the pain relievers? Just ask your handy cellphone app (make sure it’s the correct app for this store, though) and be directed to the appropriate aisle. Another feature would do away with paper and plastic loyalty cards, instead using the installed app to deliver all of the benefits of belonging to each store’s club without adding bulk to your wallet. By using shoppers’ cell phones as scanners, club cards and even cash registers, shops can easily expand their customer base – particularly among the younger generations. But when you can order the same product online and get it the next day – all without leaving home – it seems clear that meatspace stores will have to up their game before they win over the die-hard internet shoppers.

See more in Futuristic or under Technology. March, 2010.