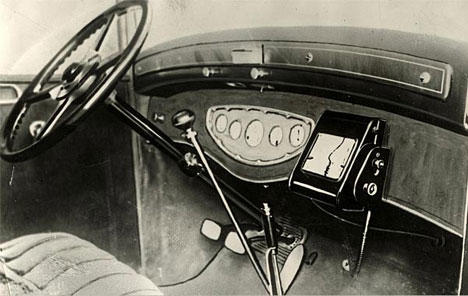 The strange wrist-mounted scrolling map system of 1927 wasn’t the world’s last foray into analog GPS. This in-car navigation system sported a similar scrolling map setup, but with one notable difference: the map was actually wired to the car so that the map would scroll at a speed that matched the speed of the car’s movement. 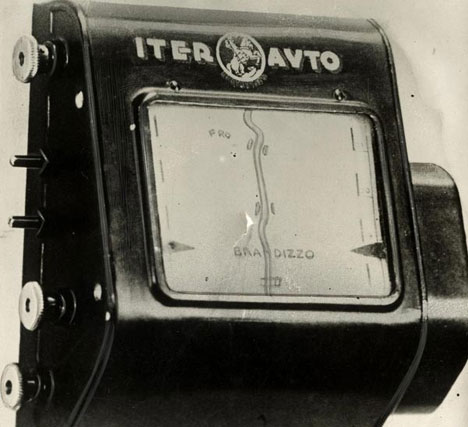 Far from today’s GPS gadgets that track your movements from space, this 1932 invention required the driver to pull over and reload the map if he changed routes or turned. Still, it was a novel invention in a time when a huge map unfolded on the dashboard was the previously highest-tech navigation method available.

See more in History of Tech or under Vintage & Retro. October, 2010.