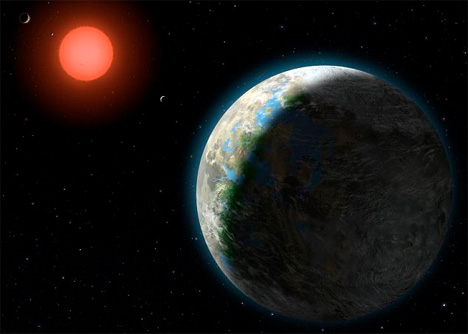 If you have ever hoped to give up your ho-hum life on Earth and start a fresh one on a distant planet, you might be closer than you think. Astronomers have just announced the discovery of a planet that’s more similar to Earth than any discovered before, and there’s a good chance humans could survive there. What’s even more fascinating is the assertion of one scientist that there is almost certainly life on Gliese 581g already. Dr. Steven Vogt, the UC Santa Cruz astronomy professor who led the study of the exoplanet, says that life will flourish wherever it can, and it definitely can on the newly-discovered planet.

Gliese 581g, situated a mere 20 light years away from Earth, sits in the “Goldilocks Zone” of its star: the very small zone where temperatures are neither too hot nor too cold to make the existence of life (as we know it) impossible. The planet has an atmosphere, gravity and temperatures that are cold, but not so cold as to make it uninhabitable. 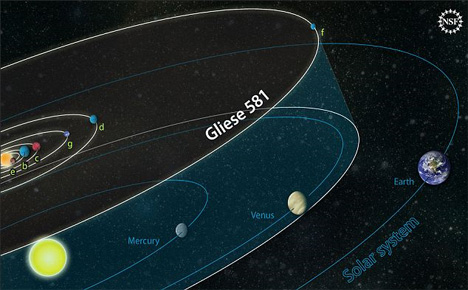 The discovery is significant, in part, because finding an Earth-like planet so quickly and so close to home indicates that they aren’t at all uncommon. Five other planets have been found orbiting in the Gliese 581 system, which is the highest number found in a system other than our own, but the others lie outside of the “Goldilocks Zone” where conditions for life are perfect. Of course, we don’t have a hope of reaching and colonizing the newly-discovered world until our space travel technology improves significantly…so don’t put your Earth condo up for sale just yet.