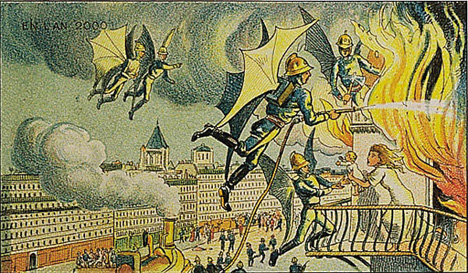 In 1910, with the world in the middle of various industrial and cultural revolutions, technology predictions were huge fun. It was expected that new technology would change the world, and for the most part the predictions were right – even if the reality doesn’t quite match up to the fanciful depictions of exotic machines and lifestyles. 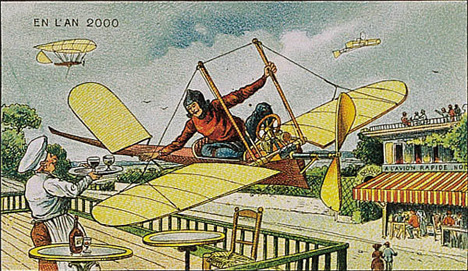 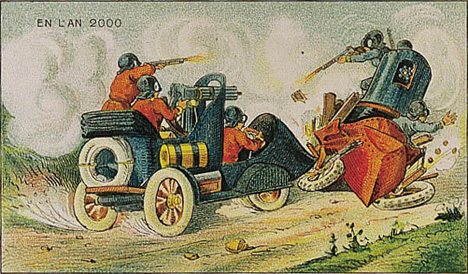 This set of futuristic trading cards, showing what life would be like in the year 2000, was produced as a promotional giveaway by a French company in 1910. The company went out of business before the cards could be distributed, leaving only one complete set of 50 cards in existence. 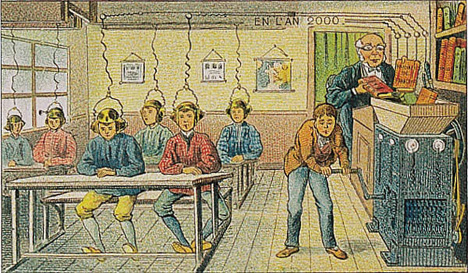 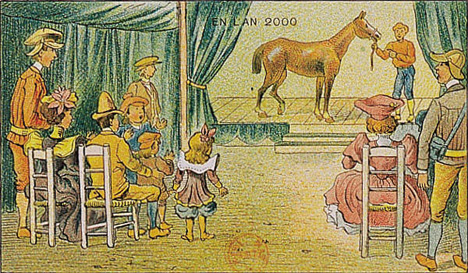 The National Library of France credits these images to Villemard, but there is some controversy over what type of product they would have been distributed with. It is unknown whether a toy company or a cigarette company commissioned them. Above: students learn via audiobook and a horse is branded “A Curiosity,” perhaps because horses were expected to be extinct by 2000. 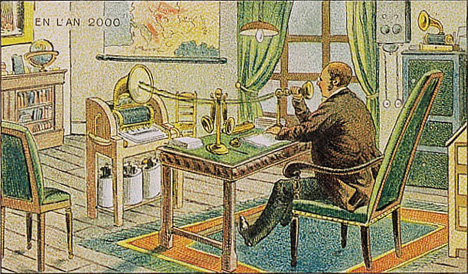 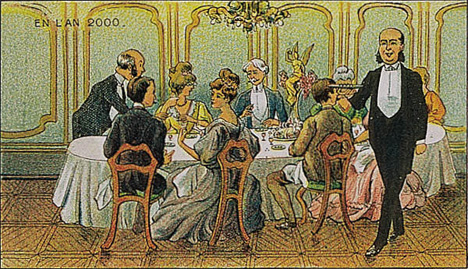 No matter what type of company ordered them, the cards depict fascinating predictions for the future. It is surprising just how many predictions come close to things that actually did exist by 2000: drive-up liquor stores (though we still drive on the ground), speech recognition software, chemical-based food (shown above), and armored cars used in combat. 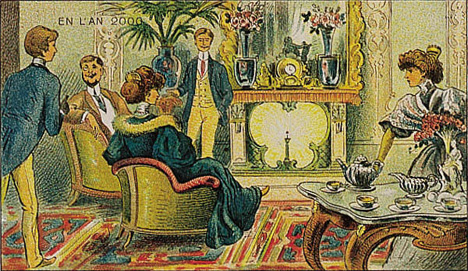 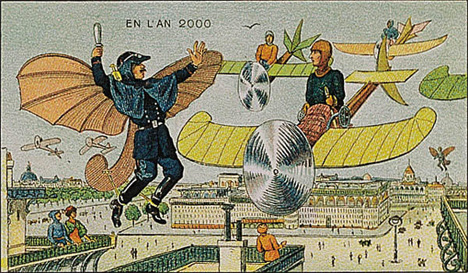 There were also a few things the predictions missed by miles: radium-powered in-home heaters, wing-equipped sky cops and firefighters, and mechanical manicurists are among the most noticeably off-base. 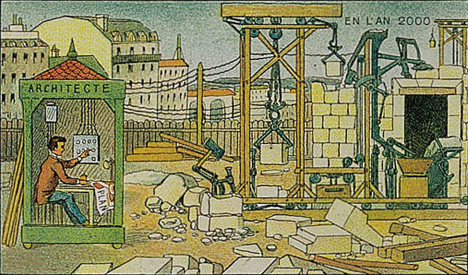 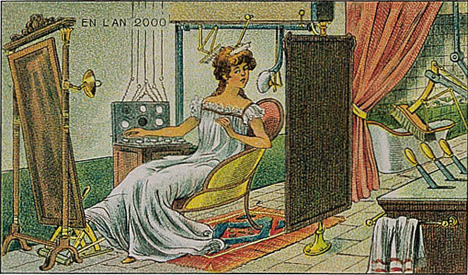 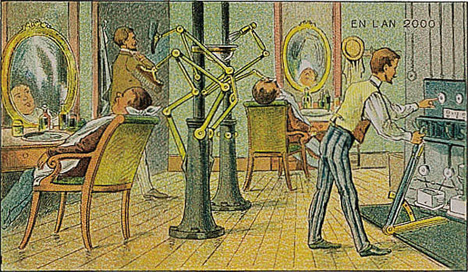 The on-base predictions outweigh the outlandish ones, for which we must give the French people of a century ago some credit. We have to be thankful that some of these predictions never came true, though: imagine visiting a mechanical barber or being forced to get everywhere by rickety ornithopter.

See more in Retrofuturistic or under Vintage & Retro. October, 2010.