10,000+ Subscribers
Mario Reloaded: If Super Mario Brothers Was Made Today 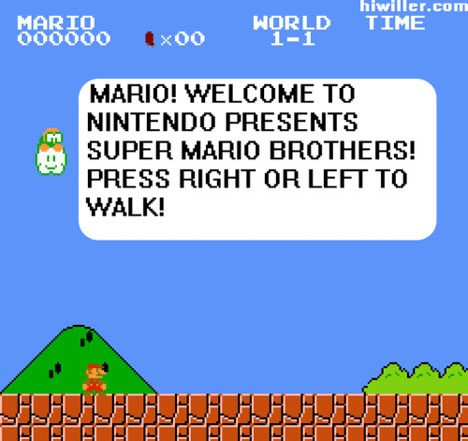 Zack Hiwiller is a video game designer who wondered what Super Mario Brothers would look like if it were designed with today’s video game customs in mind. In eight entertaining images, he takes Mario through tutorials, achievements and Facebook sharing: things we see in most games today that weren’t even imaginable back then. 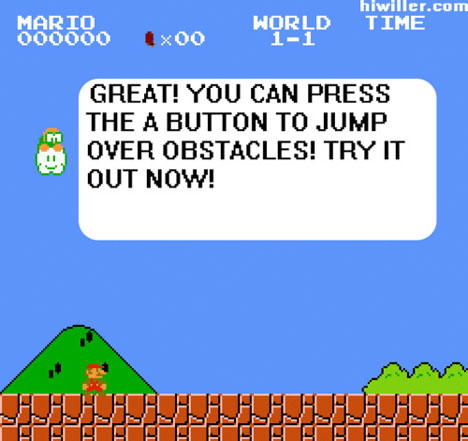 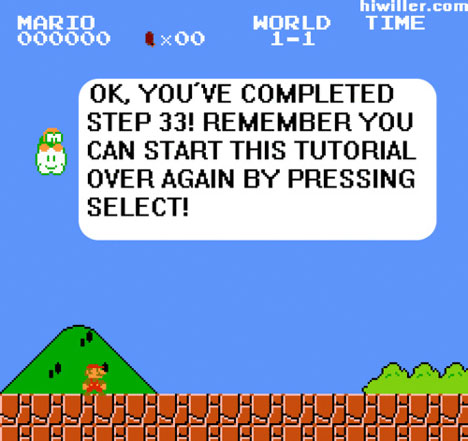 Super Mario Brothers was a first introduction to the world of video games for many of us. Back then, a video game didn’t come with tutorials – or even instructions in some cases. Of course, controls were much simpler to master on an NES than on one of today’s mega-confusing controllers…but we miss those uncomplicated days of figuring out how a new game worked. 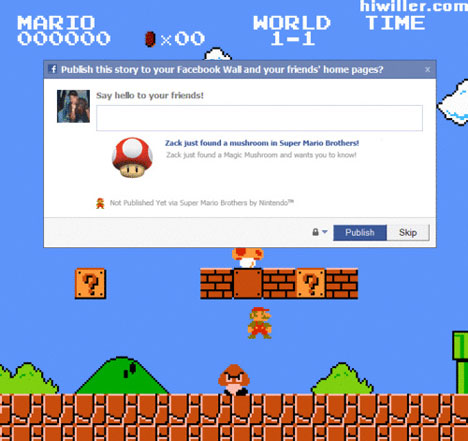 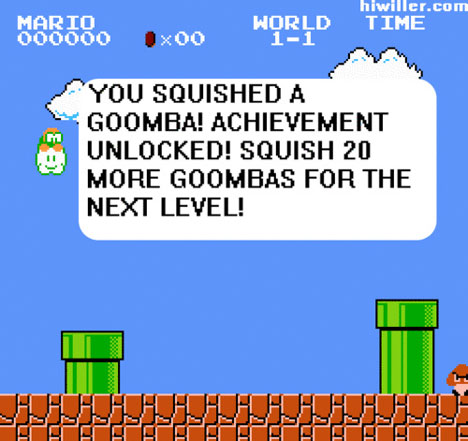 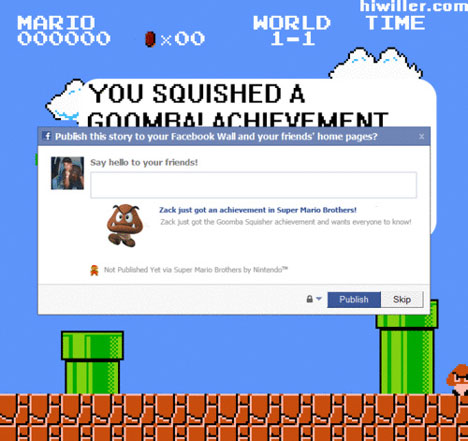 Mario’s characteristic graphics haven’t changed in Zack’s version, but he imagines a game where you have to purchase credits to use the Warp Zone and gameplay is interrupted every few steps by a new achievement. 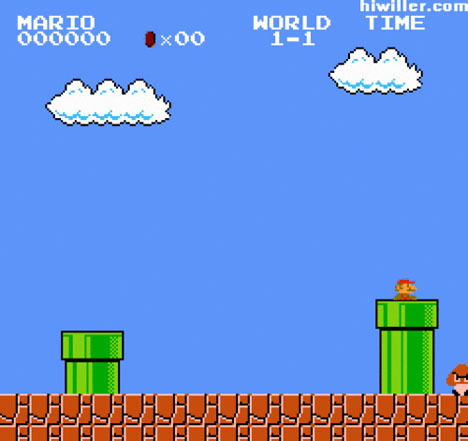 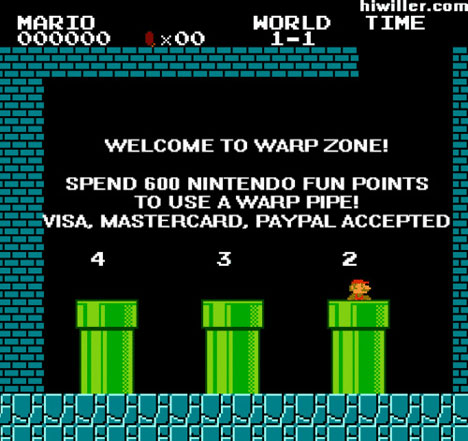 Although most people aren’t complaining about the modern game characteristics pointed out in Hiwiller’s illustrations, it does highlight the differences between the games of yesteryear and the highly-commercialized gaming experience of today. Mario may not have been very exciting by today’s standards, but we managed to stay entertained by the Italian plumber and the legion of baddies out to get him.

See more in Digital Design or under Technology. October, 2010.