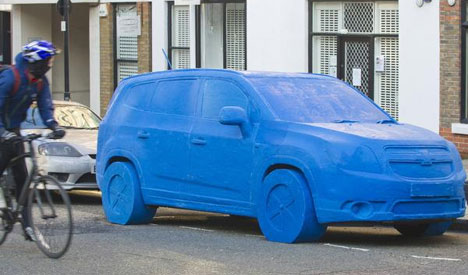 You can see some pretty strange things on the streets of London on any given day, but recently city commuters were treated to a whole new kind of weird sight: a 1.5 metric ton blue Chevrolet Orlando MPV made entirely of Play-Doh. It’s the biggest Play-Doh sculpture in the world, and it’s a meticulously detailed replica of the seven-seat car. 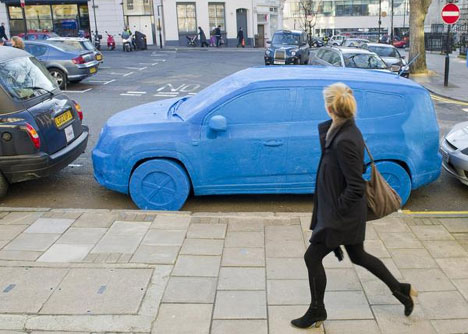 The Play-Doh car was a promotional project to celebrate the UK release of the new car, but it was also an acknowledgement of Play-Doh’s title as the world’s most-loved toy from yesteryear. The children’s modeling clay took the title in a recent poll, garnering 19 percent of the vote. 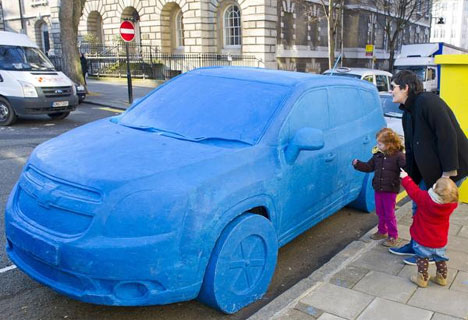 The car has been attracting lots of attention from everyone who passes by, even the traffic wardens who seem a bit amused by the sight of the gigantic sculpture. The life-size model took eight model makers more than two weeks to complete.

See more in Art Vehicles or under Transportation. March, 2011.