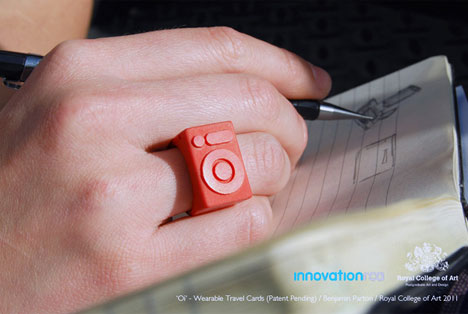 Anyone who uses a transit pass for public transportation knows how annoying it can be to dig it out at the appropriate time. London’s version of the transit pass is the Oyster card, an RFID-equipped rechargeable card that can be used on the Tube, overground trains, buses and trams around the city. The Oyster card design has remained unchanged for nearly a decade now, so designer Benjamin Parton decided to create a whole new direction for the ubiquitous transit pass: rather than a card that travelers have to carry, Parton envisioned the new Oyster pass as a wearable RFID gadget. 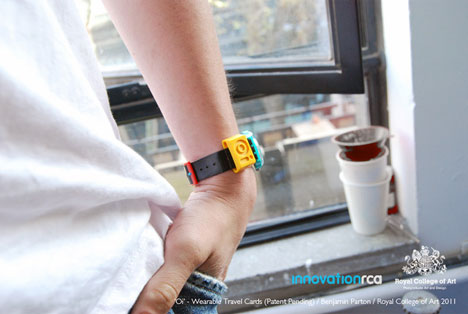 In an homage to both London culture and the current name of the transit pass, Parton calls his design Oi. The proposed redesign would feature two variations of wearable objects: a ring and a “watchstrap widget.” In both versions, an embedded radio frequency coil holds the passenger’s account information just as the traditional Oyster cards do now. 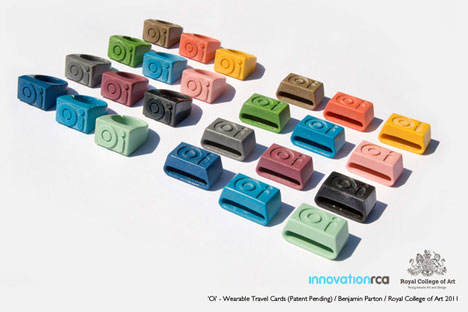 Wearable passes would most likely result in reduced wait times since commuters would no longer be required to dig cards out of their wallets – or wait for the passengers who ignore all of the signs and audio messages to have their Oyster cards at the ready. However, it seems that these wearable objects might be a little easier to lose than cards which have dedicated wallet pockets. In the best case scenario, commuters would be allowed to choose between a wearable pass and the more-traditional RFID card-shaped pass.

See more in Mass Transit or under Transportation. August, 2011.