10,000+ Subscribers
Next-Gen Screen Cover Will Be the Light of Battery’s Life 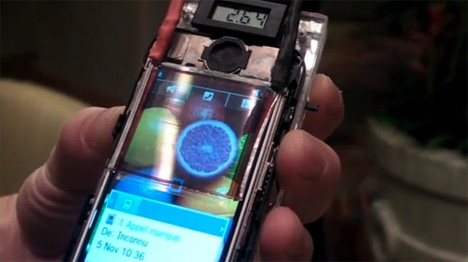 We’ve all had one of those days: you forget to charge your cell phone overnight, so it’s nearly dead when you wake up. You forget to grab your charger on the way out to work and by the time you arrive, the little battery bar is blinking at you, warning that your phone will die any minute. But as early as next year, we may never have to worry about that scenario again. A small company called Wysips has created the world’s first photovoltaic screen covering. The super-thin (less than 100 microns!) covering would go over the screen of your phone (or tablet, or iPod touch, or ebook reader) and constantly supply the battery with solar power.

You would still be able to use the device’s touch screen unhindered – in fact, the performance of your device would be totally unchanged. The typical smartphone could charge completely in six hours under direct sunlight, or longer under indoor light. But even more exciting is the fact that the covering would constantly top-up your phone’s battery, meaning that you have to charge via a wall plug much less often. And because phone batteries can use this constantly-available power to stay charged, phone manufacturers can stop making them so huge. Smaller batteries can lead to even smaller, thinner phones – or higher-powered processors that let our phones do more amazing things than we’ve ever imagined. This futuristic-sounding technology is slated to be on the market as soon as 2012.

See more in Futuristic or under Technology. March, 2011.