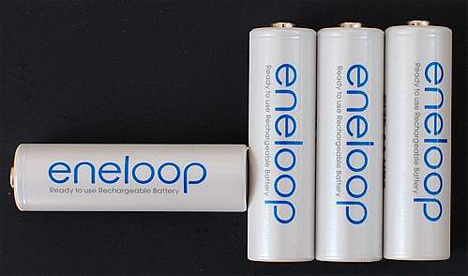 There was a time, not too terribly long ago, when rechargeable batteries were more of a pain than they were worth. Although they were way more environmentally friendly than disposable batteries, older rechargeables weren’t easy to get along with. Their charge capacity diminished rapidly, meaning that after a couple hundred charges they were useless. If you wanted to have batteries ready to go immediately, you would need to have some recently charged (like within the last day or two) and standing by. Using them for devices like clocks was out of the question because of their frequent need to recharge. And forget about buying rechargeable batteries and putting them right into a new toy or gadget. 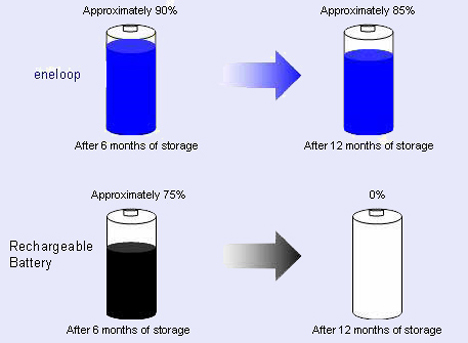 Luckily for all of us who loathe disposable batteries, the technology that allows the NiMH cells to be recharged has been rapidly evolving. In 2005, the first low self-discharge nickel-metal hydride (LSD NiMH) battery was introduced. The low self-discharge part means that the batteries have a much longer shelf life than previous incarnations of rechargeables. This in itself was a huge breakthrough for the industry: rechargeable batteries can now be sold pre-charged. Not only that, but since the batteries retain a charge longer, you can use them in infrequently-used devices, like flashlights, and know that they’ll still be reliable in a month when you really need them.

The Sanyo Eneloop is the result of all of that battery research and advancement. Its high capacity means that it holds a charge for longer, and it can be recharged up to 1000 times. It even holds a charge of approximately 85% after one year, unlike older rechargeables which were pretty much useless after a year. And to really embody the idea of cleaner, greener batteries, the Eneloop is pre-charged at the factory with renewable solar energy. Dare we say that these batteries might actually make it ok to use rechargeable again?