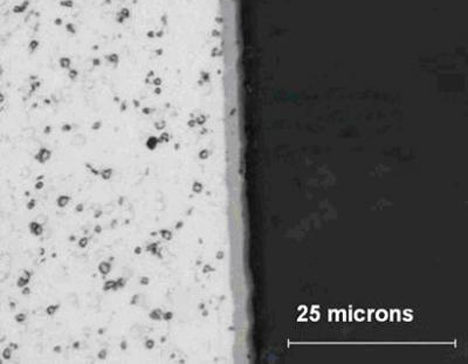 Decreasing energy consumption isn’t all about finding alternative sources of energy. It’s also about increasing the efficiency of existing machines. One of the simplest (yet most challenging) ways to do that is to decrease the friction created by machines. Friction decreases energy efficiency and makes parts wear out quickly, meaning that replacement parts have to be manufactured and installed more often. The US Department of Energy Laboratory at Ames, Iowa found a novel way to deal with this problem in 1999 when they discovered a material they call BAM. It consists of boron, aluminum, magnesium and titanium boride, and it’s the second-hardest bulk material known to man, right after diamond.

The researchers were trying to create a substance that would generate electricity when heated, but instead they came across a material that can significantly cut down on manufacturing costs across the board in industrial applications. It’s ultrahard but much cheaper than diamond or cubic boron nitride, the third-hardest material. But even more exciting is its ultra-slipperiness. It’s considerably slicker than Teflon and could be used to coat rotors in various machines, saving an estimated $179 million in U.S. industrial operating costs every year. BAM! That’s kicking it up a notch.