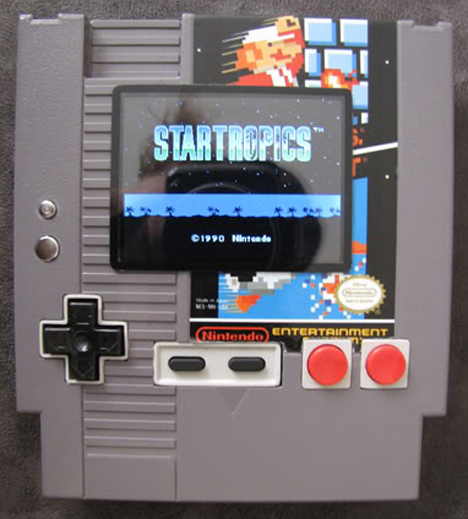 Nintendo emulators aren’t hard to find by any means, but this is the first time we’ve seen one made out of an old NES cartridge. Specifically, it hides inside of the Super Mario Brothers/Duck Hunt cartridge, which is the very game combo that most of us used for the first time with our old-school NESs. Besides the nostalgia value of the cartridge, the emulator is pure genius. It plays a selection of Gameboy, Gameboy Color and and NES games, and the buttons you see on the front are from an original NES controller. 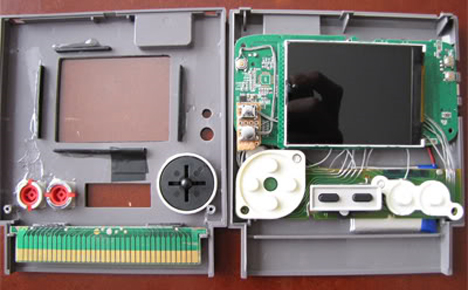 Since the guts of this handheld beauty actually game from a little portable media player, it has a bunch of additional functions: MP3 player, video player, picture viewer, audio recorder, and FM radio. And if you get sick of playing on the tiny 2.8″ LCD screen, it’s got TV-out so you can hook your game up to a big screen. We don’t like to commit so early in a relationship, but…we might just be in love.

See more in Do It Yourself or under Technology. October, 2009.