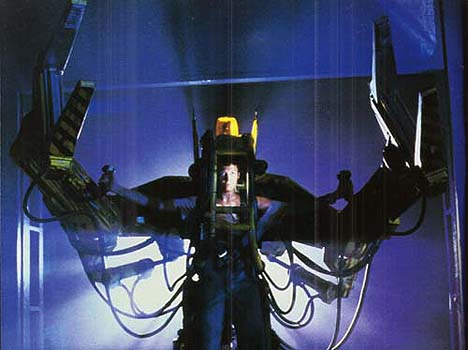 Life imitates art over and over, particularly when it comes to scientists, engineers and researchers recreating the awesome and futuristic gadgets we see in sci-fi movies. This time it’s the Power Loader from Aliens (1986). In the movie, this hefty cybernetic exoskeleton helped puny humans move heavy cargo around. In its real-life form, the applications are pretty much the same: helping people move heavy loads without relying on giant wheeled machines that may not be able to navigate small spaces or uneven terrain.

The Power Loader runs on 18 electromagnetic motors that let the user lift up to 220 pounds with no strain and little effort. 220 pounds may not seem like a lot of weight – you’d expect a crazy robot exoskeleton to lift much more – but in theory the real benefit would be keeping the carrier from tiring out quickly. The suit weighs a solid 500 pounds and employs direct force feedback, which means that the wearer can feel the movement of the robot while operating it. The controls are simple and intuitive, so the learning curve shouldn’t be too steep once you strap it on. 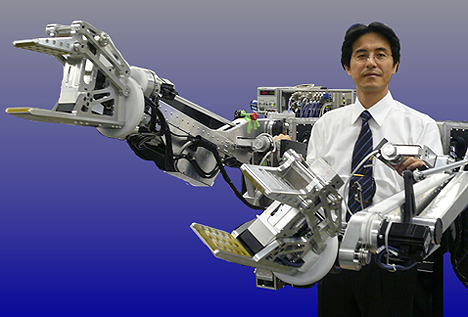 As of now, the Power Loader is still in the design phase; we can hopefully expect to see them become available for purchase in 2015. As cool as it would be to have one in your house, we think it’ll be primarily used in industrial settings, or perhaps in disaster scenarios. Either way, the millions of Alien fans out there will no doubt be pooling their money and taking second jobs just to get their hands on one.

See more in Cybernetics or under Technology. October, 2009.