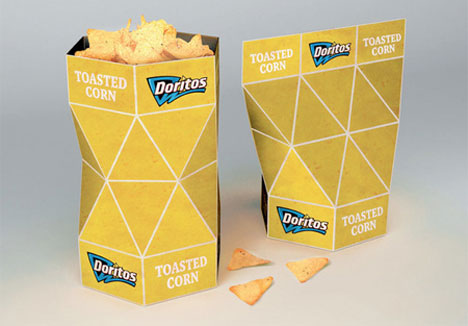 Doritos is a reasonably well-established brand by now, so maybe it makes sense that the famously nacho-cheesy chips should try something new with their packaging. This packaging concept by Petar Pavlov would take the noisy, crinkling bag out of the equation and replace it with a sleek, futuristic-looking cardboard carton that would allow chip lovers to re-close the box and save some chips for later.

Although it’s highly unlikely that anyone has ever saved some Doritos for later, in the event that one’s stomach fills up before the carton is empty the box would easily fold in on itself to keep the crispy treats fresh for snacking at a later time. 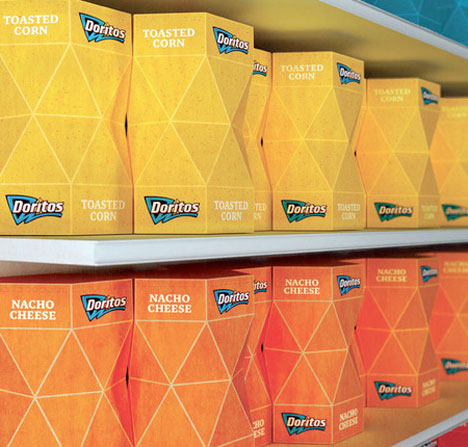 The look of the packaging is wonderfully unique and eye-catching, but we wonder just how fresh chips would stay on the shelf if they were packaged in cardboard. 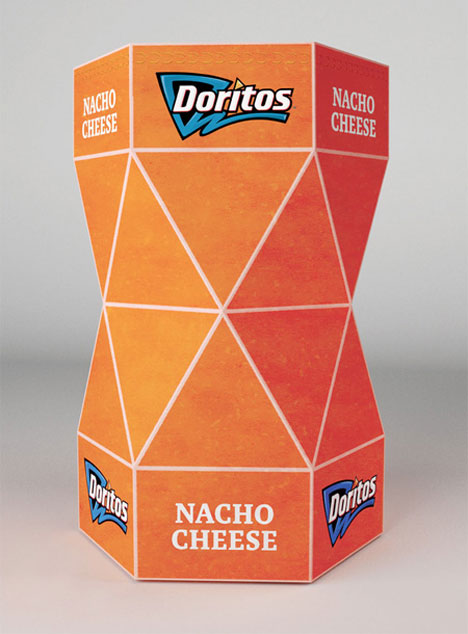 It would be very nice to see the cardboard made of recycled materials, also – as long as Doritos is moving away from the bag, why not go all the way and make the packaging more environmentally friendly as well? But as a conceptual redesign, it doesn’t look like this one will be hitting the shelves anytime soon anyway.

See more in Industrial Design or under Technology. April, 2011.