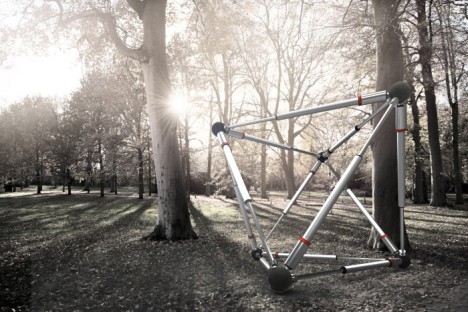 Imagine you’re a kid having a blast in the park, when out of nowhere a rad robot sidles up beside you, just begging to play. The MORPHs 2.0, created by Interactive Architecture Lab, is meant to encourage kids to interact with robots at an early age, hopefully instilling a life-long love of technology. 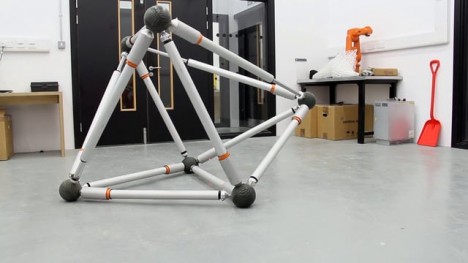 MORPHs, or Mobile Reconfigurable PolyHedra, are adaptive polyhedral structures capable of moving around in public spaces, They respond to their environment – both the terrain on which they slowly crawl, and the people around them. An onboard GPS unit and a wireless guidance system define the area in which the robot is allowed to crawl, but otherwise it moves through the space autonomously.

When a curious human happens upon the somehow-adorable walking sculpture, he or she can squeeze one of the rubber joints to interact with it. The robot will then begin moving in that direction. The rubber joints also provide the robot with important information, such as whether there are obstacles (like people) ahead or if it’s still sitting on solid ground. If someone does try to grab MORPHs 2.0 and run off with it, the environment sensors and GPS will cause an alarm to go off. 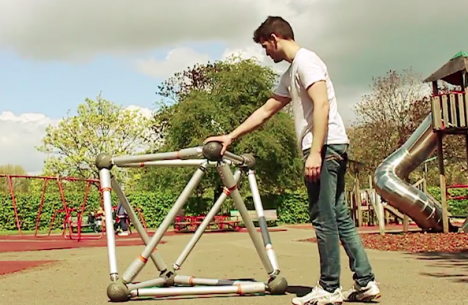 The robot’s movements are slow and deliberate so it won’t pose any perceived threat to people around it. At just 1.5 meters (almost 5 feet) tall, MORPHs can support up to 30 kilograms (about 66 pounds). The team plans to double the height and increase the load-bearing capacity for a future version. If built big and strong enough, these roving bots could be like traveling monkey bars that just wander to wherever the kids are and invite them to interact, truly making real-world technology a familiar part of kids’ lives from a very early age.

See more in Robotics or under Technology. September, 2015.