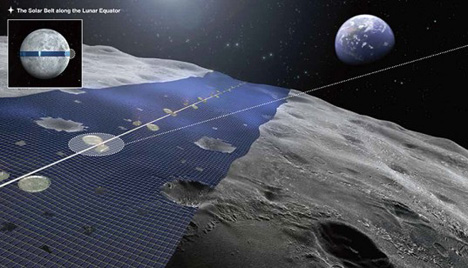 Man and the moon: he’s dreamed of it; he’s conquered it. Now he’s trying to make it his bitch. A Japanese company proposes building a massive ring of 250 mile-wide solar panels to use it as a constant stream of energy. 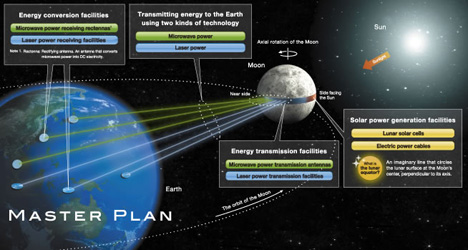 Tokyo based Shimizu Corporation calls their project the ‘Luna Ring,’ a 6,800-mile long track of solar panels that would circle the moon’s equator. As solar energy is absorbed, receiving stations on various locations across the globe would catch the laser and microwave transmissions broadcasted from the big belt. The project’s website calls attention to the Luna Ring’s potential for “mega-scale solar power generation on the lunar surface” that on earth would “[fulfill] all energy needs and realizes a clean energy society.” The ring would produce a projected 13,000 terawatts of power. 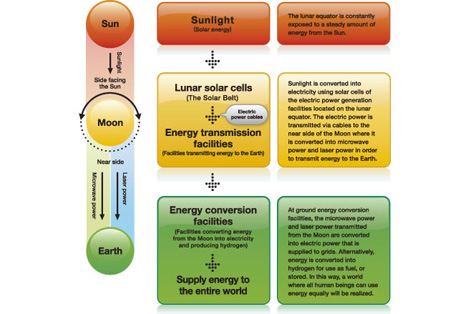 As to the question of cost, Shimizu has that covered. The Luna Ring plan would include the production of worker robots, made by Shimizu, that would mine the rock material from the moon to make the solar panels. The proposal was first introduced in 2010, and Shimizu predicts production starting as early as the not-too-distant 2035.

See more in Energy & Power or under Science. December, 2013.