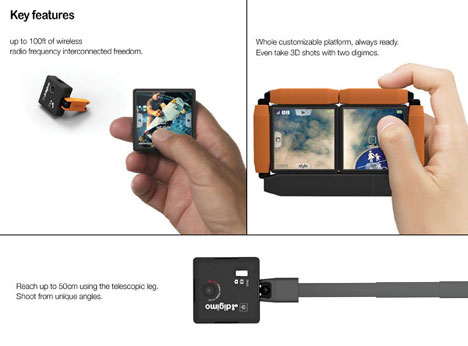 We’re always looking for new ways to take digital photography to the next level of creativity. Years ago it was fun Photoshop effects; today it’s Instagram; some day in the future it could be the Digimo concept from designer Sangik Lee. 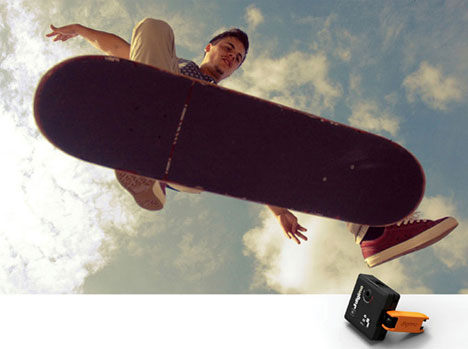 Digimo is a multi-piece digital camera system that lets you take photos from multiple angles at once. Two lenses and one remote control unit work together over a wireless connection to capture two images of the same moment upon your cue. 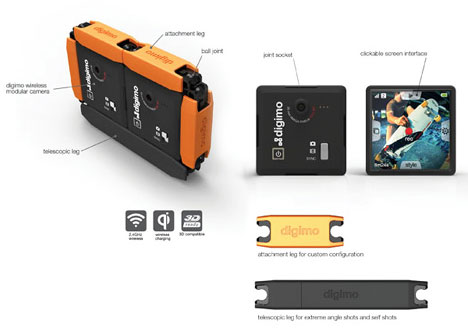 The goal of the concept is to expand the possibilities of digital photography. By putting multiple lenses out and having them snap pictures at precisely the same moment, even amateur photographers can capture several angles just like the pros. 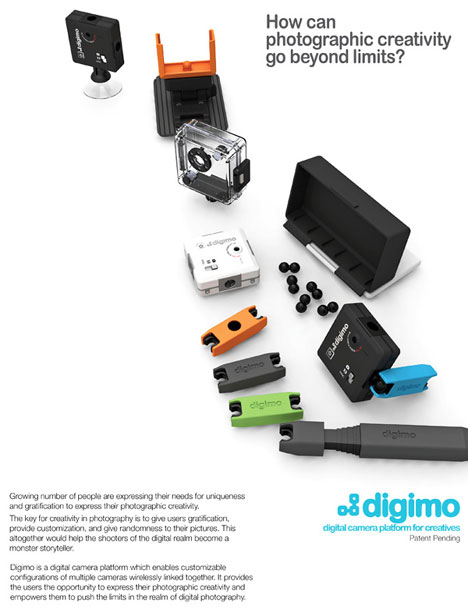 Since the Digimo also has a video function, users could even catch multiple angles of action shots as they happen. One lens could film the action from in front while the other catches it from behind, or lenses on each side of the field or finish line could record two distinctly different views of an essential moment. 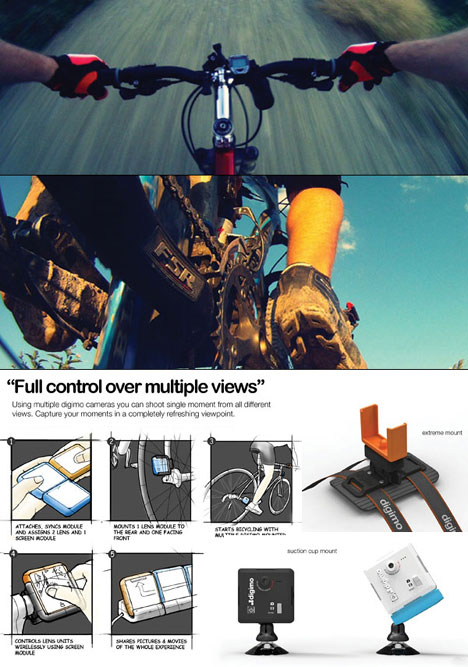 Although the designer’s renderings only show two lenses in use at a time, there doesn’t seem to be any reason to limit the Digimo to such a small size. In theory, lots of modules could be used together to create a system that’s almost as good as having a whole studio of photographers at your beck and call. 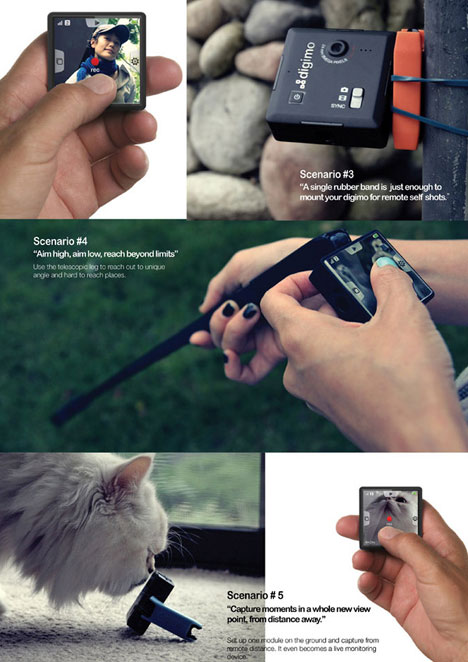 The Digimo is, sadly, still only a concept. The multiple-angles concept will be very useful if the 3D trend continues, though, so perhaps it will eventually be on store shelves near all of the other digital cameras we can’t live without.