10,000+ Subscribers
Flipping Awesome: Safety Device Reminds You to Maintain It 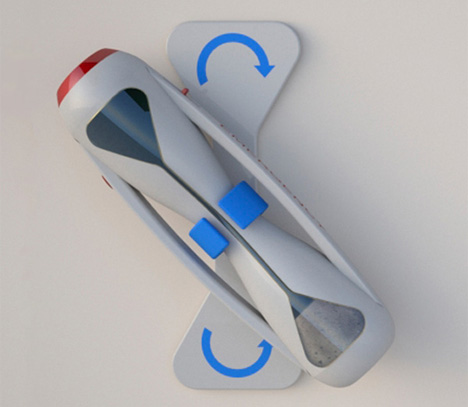 Apparently, fire extinguishers need to be shaken every so often to keep the stuff inside from hardening and becoming useless. This is good to know now, before a fire sweeps through Gajitz HQ and we’re left holding ancient, useless extinguishers that we haven’t bothered to shake because we assumed they were kind of like soda cans and that shaking them up was bad news. The Turnover Extinguisher is a concept that would keep morons like us from letting these important safety items expire from sheer cluelessness alone. 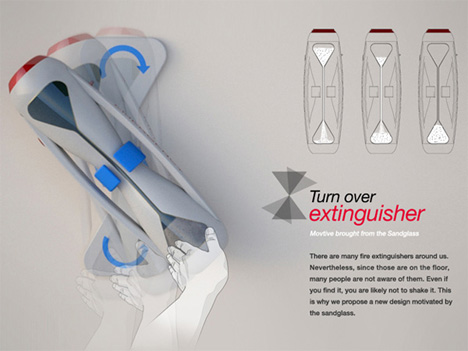 Designers Jin Junho, Woo Seul A & Lyu Byung Chul came up with the idea for a fire extinguisher that looks like an hourglass and can be turned easily right from its mount on the wall. If you pass by and happen to notice that it’s time to flip it, you just grasp the outside of the extinguisher and turn it like you might turn a kitchen timer dial. 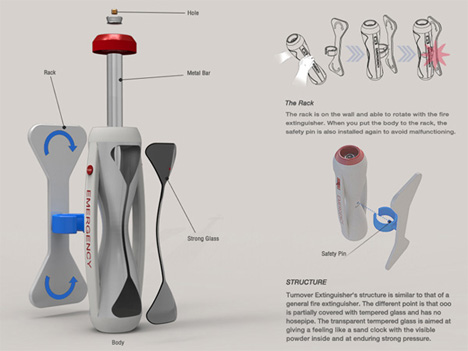 There’s another element of this design that we love, though: the simplicity of the extinguishing function. Based on the millions of hours of sitcoms we’ve watched, fire extinguishers are wretchedly difficult to operate, what with pulling that pin and squeezing the trigger. The Turnover Extinguisher does away with the pin; the wall mount itself acts as the pin so when it’s pulled out of its mount it’s ready to kill some fire right away.

See more in Industrial Design or under Technology. October, 2011.