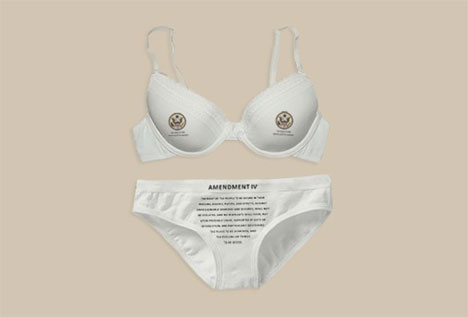 Full-body scans, intrusive patdowns, and long delays: air travel has become one headache after another. Don’t you sometimes feel like it’s gone too far? Designers Tim Geoghegan and Matthew Ryan have come up with a simple and quiet but super-clever way to express distaste for the whole complicated tangle of airport security measures we all have to endure – and there’s no marching or picketing required. 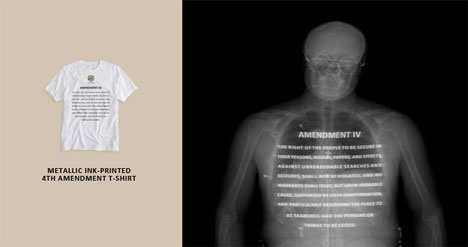 The duo’s 4th Amendment Wear is a line of clothing printed with metallic ink that will, in theory, show up on TSA full-body scans. And true to their name, the clothing items reference the oft-cited Fourth Amendment, which guards against unwarranted search and seizure. The clothing line includes panties, bras, boxers, undershirts and socks (including some in kids’ sizes) running from $10 to $45. 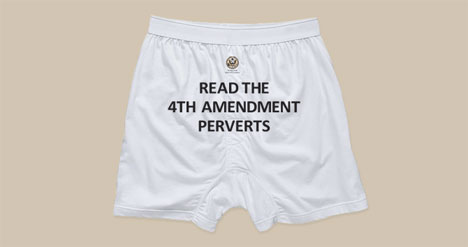 Some of the garments list the text of the Fourth Amendment and others simply say “Read the 4th Amendment, Perverts.” The print should show up on-screen when TSA agents conduct full-body scans – and the words are directly over the very parts most of us would prefer to keep private. 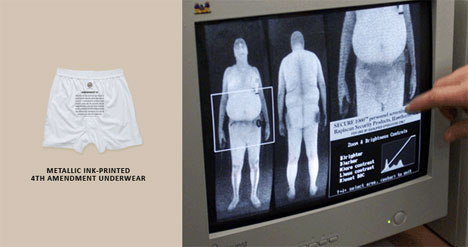 Whether these metallic-ink clothes would result in passengers being pulled aside for further searching is unknown, but the designers are quick to point out that the clothes aren’t meant to pick on TSA employees. The guards are simply doing their job, but Geoghegan and Ryan simply couldn’t pass up the opportunity to use the TSA’s own tool as a silent protest against a partial loss of civil liberties. 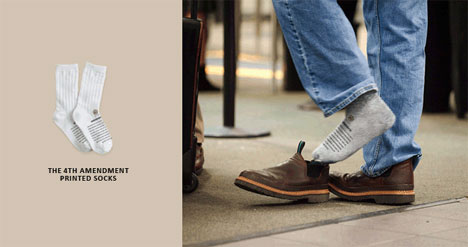 Whichever side of the debate you fall on, the design is admittedly clever – and the clothing line has already drawn a following. The team behind the unique clothes isn’t out to sway anyone to one side or the other. In fact, they believe that the TSA performs an important function. However, they also believe that there is no reason to accept the current safety measures without question. The team hopes that their products will get people to think about whether they are okay with surrendering a little privacy to remain safe while traveling.

See more in Home & Personal or under Gadgets. December, 2010.