10,000+ Subscribers
Mercedes’ Self-Driving Car is a Luxury Office on Wheels 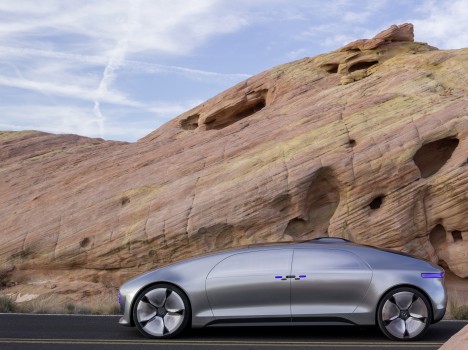 Mercedes is jumping on the self driving car bandwagon with a concept that’s as beautiful as it is completely insane. The Mercedes-Benz F 015 Luxury in Motion is a concept unveiled by the car makers at CES 2015, no doubt to a room full of awed and skeptical spectators.

The F 015 does is undeniably one of the most futuristic and slick looking self driving cars we’ve seen yet. Its body looks a lot like a 1950s animator’s idea of a futuristic car; that is, it’s not at all consistent with the body shapes of the cars we’re used to driving. But that’s kind of the idea. 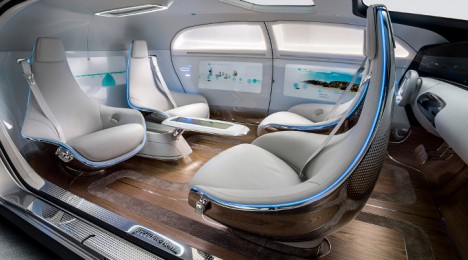 Mercedes freely admits that this is one design that won’t see the assembly line for decades to come, but they are feeding our need for ideas about what our kids and grandkids will roll around in some day. 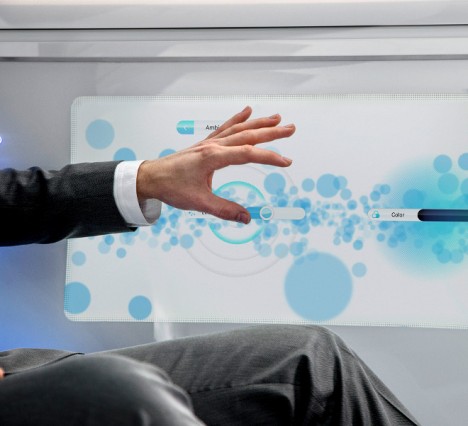 The interior is high-tech and luxurious, featuring hardwood floors and lounge seats, the front two of which turn around to create a kind of mobile conference room. Control screens are mounted on the instrument panel as well as the interior side and back walls. Riders interact with the displays with a combination of gestures and touches. 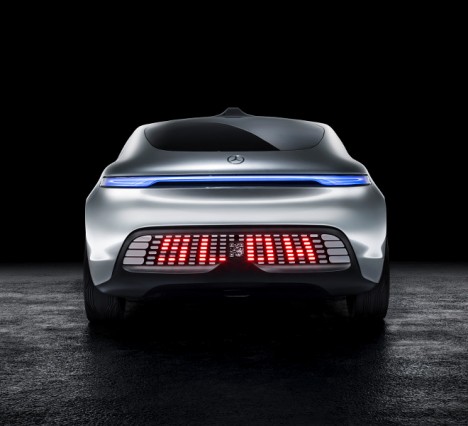 A laser projection system coming out of the car’s front can create a temporary crosswalk on the street for pedestrians, and the car’s LED tail lights actually spell out the words “STOP” or “SLOW” to help give human drivers a heads-up as to what to expect. 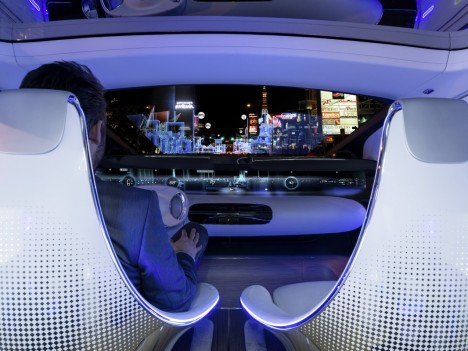 The car maker’s intent was to create a mobile “digital living space” that gets you around but also gives you the opportunity to be productive (or take a nap, whatever – no judgment) while you’re on the way to your destination. But the car also lets you take over the controls if you just can’t deal with not being in charge.

The concept is fueled by an electric hybrid system, with around 200 kilometers on the battery and an additional 900 kilometers running on electricity from the fuel cell. Again, not a car that we’ll be seeing on the street anytime soon, but Mercedes’ vision of future mobility is intriguing and actually kind of beautiful.

See more in Concept Vehicles or under Transportation. January, 2015.