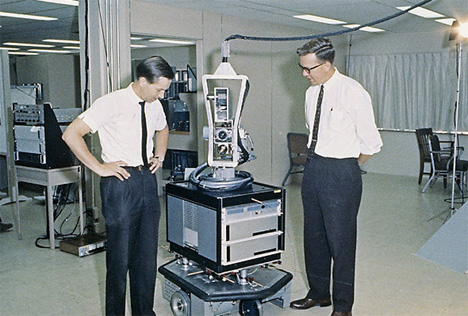 Robots have slowly crept into our daily lives and now do a whole spectrum of jobs from vacuuming our floors to building cars. The amazing technology we enjoy today wouldn’t have been possible without pioneers in robotics such as Charles Rosen. Rosen and his team developed Shakey, the world’s first moving, “thinking” robot.

Rosen wanted to make a robot with neural networks, the brain “circuitry” that allows humans to see, think, and respond to environmental stimuli. Although this technology wasn’t available in 1963 when Shakey was built, the robot did attract the attention of DARPA, the research wing of the US military. DARPA gave the project a grant of $750,000, which in today’s dollars would be more than $5 million. 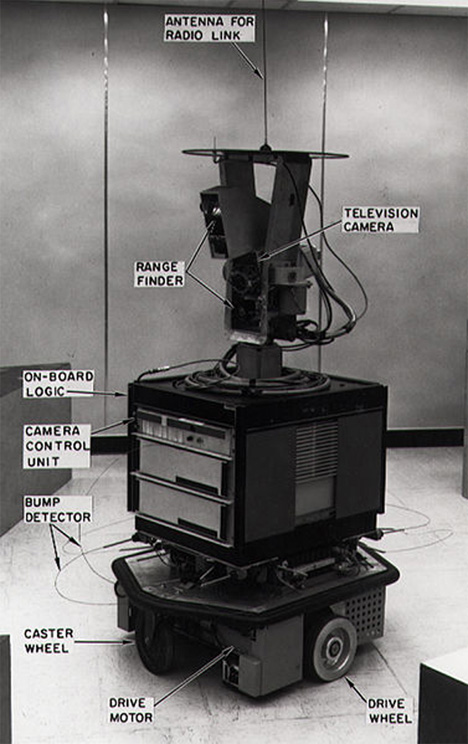 Thanks to a video camera on its head and wiry “whiskers” near its base, Shakey was able to “see” and interact with its environment. It connected via a head-mounted radio antenna with its massive brain: a room-size mainframe computer. The computer programs used to control the robot allowed it to respond to the unexpected with a quick change in plans. Shakey is now housed in the Computer History Museum in California, but in its short life it was able to astonish humankind and inspire future generations of robotics scientists. As the first robot of its kind, Shakey helped to define the future of robotics.

See more in Vintage Videos or under Vintage & Retro. September, 2013.