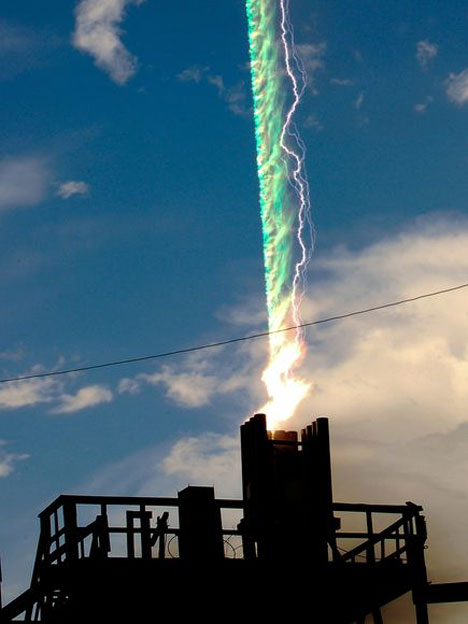 If there is one inconvertible truth about scientists, it is that they are inherently curious. Even though they have known for ages that lightning emits radiation, the scientific community wasn’t happy with that knowledge until they could see it for themselves. That’s why graduate student Meagan Schaal, a graduate student working at the Florida Institute of Technology in Melbourne under lightning researcher Joseph Dwyer, developed a camera fast enough to catch X-rays coming off of a lightning strike. The lightning was artificially triggered in December 2010 by launching little rockets with wires attached to them into thunderstorms. The wires helped steer the lightning in the camera’s field of view. 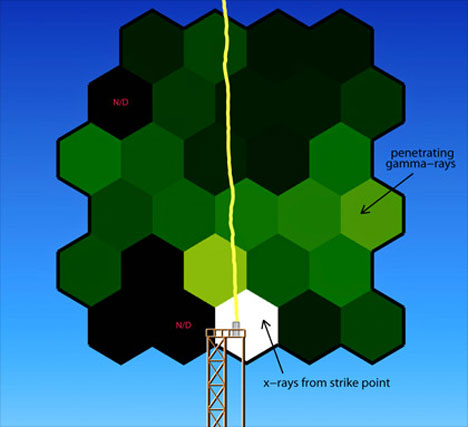 The camera itself is a feat of engineering: it’s a 1,500-pound beast that captures ten million images per second just to get a good shot of the ultra-fast lightning strikes. The camera is roughly the size and shape of a refrigerator and houses an X-ray detector. The box is lead-lined to protect the X-ray detector from stray radiation. As strange as the camera is, it worked like a charm: the first X-ray pictures of lightning are incredible. They show a large concentration of X-rays at the head of the bolt and the radiation tapers off to almost non-existent at the tail.