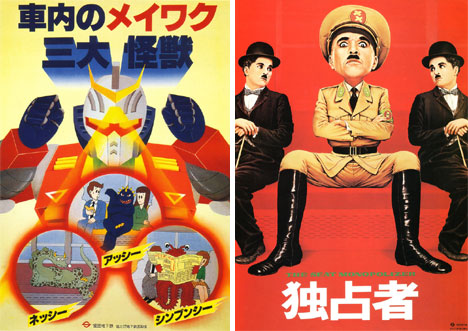 Subway systems all over the world rely on posters and signs to communicate important information to passengers. But no one does the subway poster like Japan. These colorful examples appeared in the Tokyo subways between 1976 and 1982 to remind passengers about all sorts of subway etiquette and regulations. 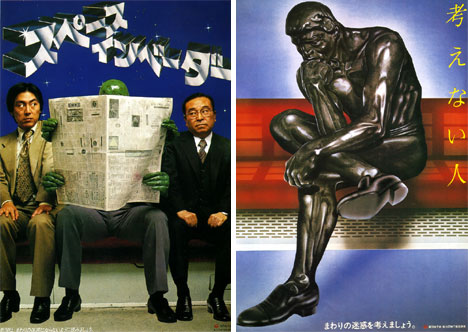 Being polite about the amount of space you take up on the train is one of the main focal areas of this poster campaign. These posters encourage passengers to uncross their legs, put away the newspapers and avoid invading other people’s space. 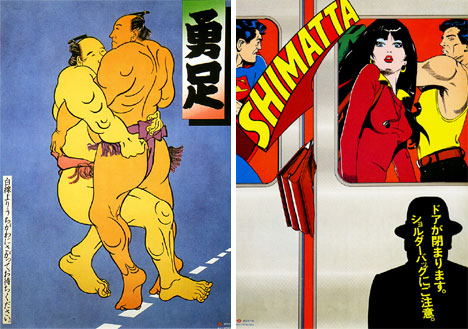 Among the other rules that the posters publicize are standing behind the white safety line and being careful not to get one’s belongings stuck in the closing doors. Unlike today’s boring posters, the vivid graphics make these signs instantly attention-grabbing. 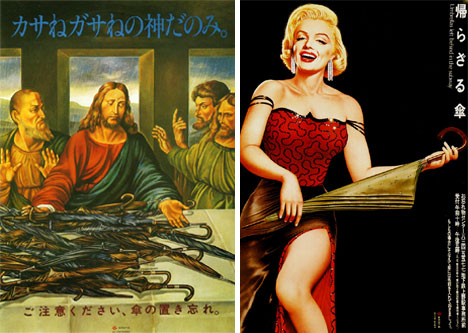 Leaving umbrellas on the subway seems to be a rather serious problem in Tokyo. A lot of these vintage posters are dedicated to reminding passengers to grab their brollies before exiting the trains. 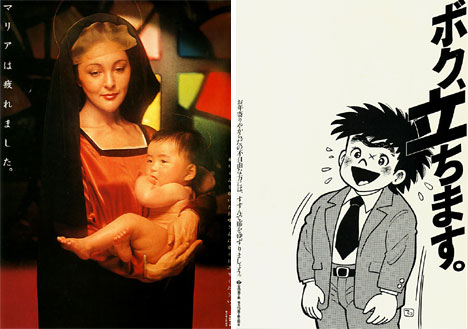 Apparently giving up seats for pregnant ladies or new mothers, the elderly and the infirm doesn’t come naturally to everyone. Passengers are reminded to stand when there is someone who needs a seat more than they do. 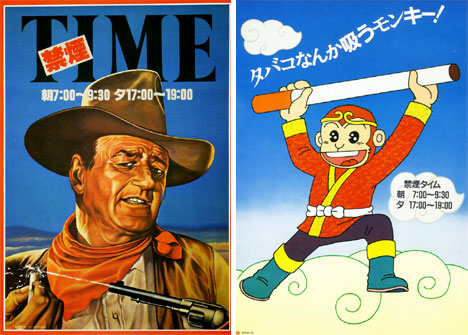 Finally, smoking on the platform was only allowed during certain hours – but some passengers needed a gentle reminder to snuff out their cigarettes during the designated non-smoking times.

See more in Aged Adverts or under Vintage & Retro. October, 2011.