It seems like everyone is basically attached to their cell phones lately, but a new patent application from Nokia aims to take that concept from hyperbole to reality. The company wants to patent their concept for ferromagnetic ink that, when applied to skin, would vibrate to alert users to phone calls or texts. Although the patent application doesn’t go into much detail regarding how the system would work, exactly, the gist of the idea seems simple enough. The ink would be demagnetized, applied to the skin and then re-magnetized. 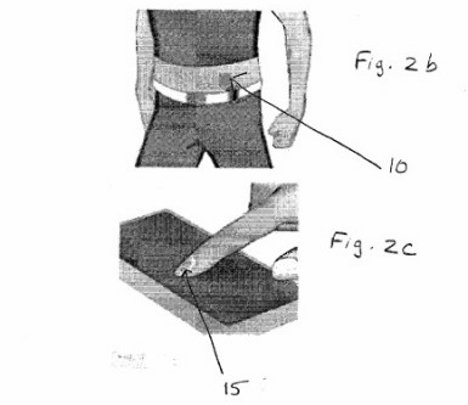 When the re-magnetized ink is exposed to magnetic changes or cell phone signals, it will vibrate – creating a totally silent and private notification system. Presumably, there would be different vibration patterns to indicate different callers or different types of alerts. The patent application mentions that the application of the ink could be either temporary or permanent, so it could be painted on or actually applied permanently like a tattoo. Both methods have their benefits and drawbacks, but we’re guessing that vibrating tattoos would have an even higher incidence of buyer’s remorse than the non-vibrating kind.

See more in Unbuilt Concepts or under Technology. March, 2012.