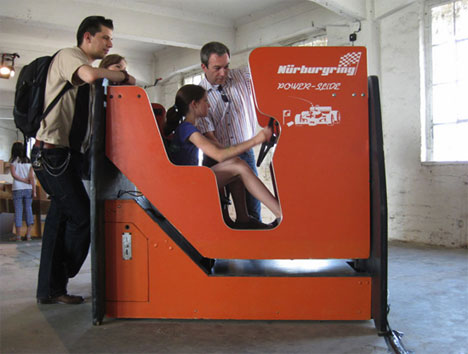 From the department of “Why Hasn’t Anyone Thought of This Before?” comes the real-life video game from geeks extraordinaire Jehmlich and Matthes Mikysec. Designed to resemble Sony’s WipeOut, the game takes players on a thrill ride around a track at break-neck speeds. But instead of driving a digital car around a digital track, players are driving a tiny remote control car around a hand-made cardboard track – all while sitting in a recycled arcade cabinet. 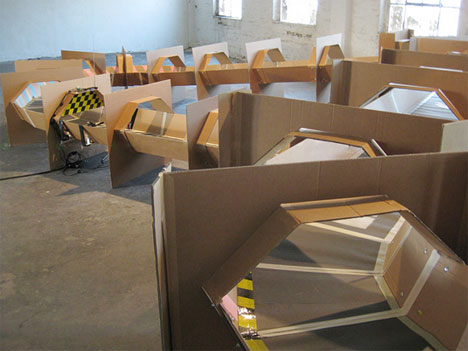 The game is called “Racer,” and it came from one brilliant idea. It took a little over two months to build the ambitious project, and although it might look a little rough around the cardboard-lined edges, it certainly doesn’t disappoint in performance.

The car’s embedded camera lets the player see exactly where the car is going, but it doesn’t show the helper who has to stay next to the track to handle rollover accidents. This helps to preserve the illusion of playing a video game, but it also adds a weird kind of disconnection from the game’s analog nature. The disconnection is reinforced by putting the cabinet and the track in separate rooms so that it doesn’t feel like you’re controlling a car on a track just a few feet away. 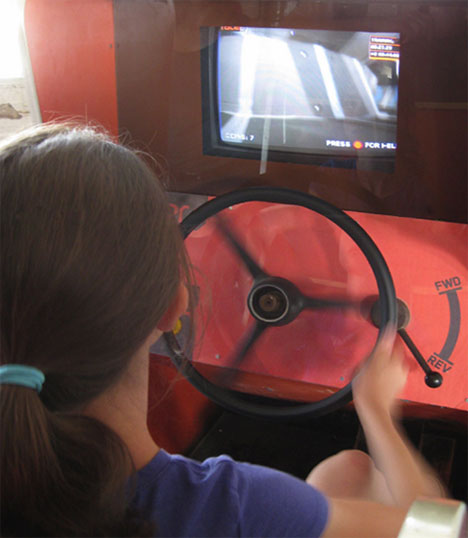 We’ve seen real-life video games before, but never in an actual, playable context. Racer’s endearing low-tech appearance belies the technical know-how it took to actually set up the controls and the video feed. We’ve only got one question: when is it our turn to play?