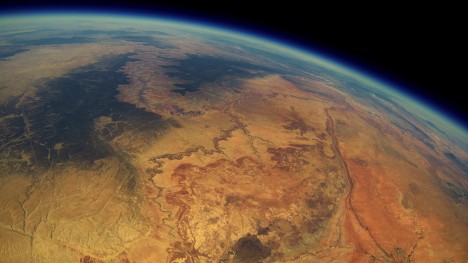 Over two years ago, a group of friends launched a GoPro camera from the surface of Earth (near the great Grand Canyon) to the edge of space, designed to capture shots along the way; only recently and by a stroke of luck did they finally recover the camera and what it shot.

The device was attached to a weather balloon along with a cell phone programmed to fire off a message when it was back in range, but the call never came. The crew assumed something had gone amiss in flight and the filmed journey was lost forever. 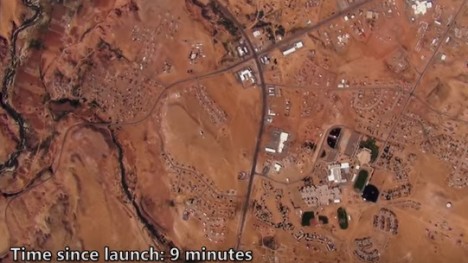 The calculations were essentially correct, as it turns out, but the contraption landed in an area with insufficient cellular coverage and then the battery naturally ran out. Fortunately for the team, a hiker who also happened to work for a phone company found their work and tracked them down using the SIM card to return the camera and mobile device.