10,000+ Subscribers
Logarithmic Map of the Entire Universe in a Single Image 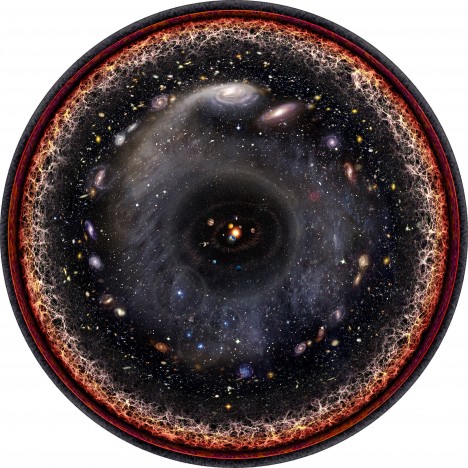 Space is so hard to fathom, but thanks to this image, painstakingly compiled and combined by a musician and artist, one get start to get a sense of it within a single visual frame. 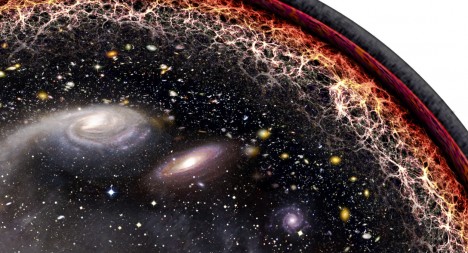 Pablo Carlos Budassi used photos from NASA rovers, orbiting satellites and other astronomical footage, then combined them into a singular shot of the known universe, using Earth as a center point. 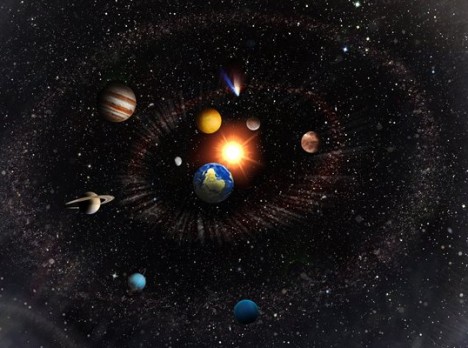 The key to the image’s success is the use of a logarithmic scale, which helps viewers understand large numbers and distances more easily, each ring covering vastly greater space than the last. Our world and solar system look relatively large, a helpful jumping off point as the rings expand. The trick works somewhat like the classic Powers of 10 video, a classic educational device for understanding universal and microscopic scales, executed by zooming way out and way in, but with time frames likewise set in a log scale (film shown below, and well worth watching!).

From Colossal: “Budassi was aided by similar (though less visually stunning) logarithmic maps produced by astronomers at Princeton back in 2005. In this map, our sun and solar system are seen in the middle, followed by the Milky Way Galaxy, another ring of nearby galaxies like Andromeda, all the way out to cosmic radiation and plasma generated by the big bang on the furthest outskirts of the image.”