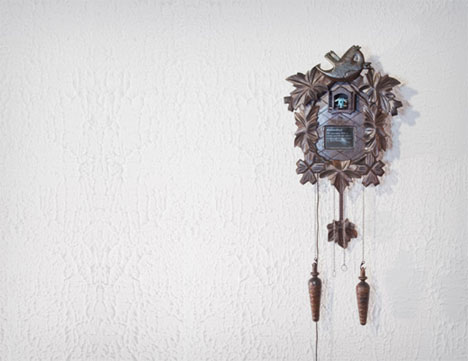 Twitter addicts are always looking for new ways to get their fix of constant updates. The Twitwee clock from designer Haroon Baig lets die-hard Twitterers stay in the loop perpetually, even when the computer is off and the phone’s battery is dead. The modified cuckoo clock is equipped with wi-fi, runs on the open-source Chumby platform and uses a touch screen display. When a relevant tweet comes in, it is displayed on the screen and a tiny cuckoo bird pops out with a flap of its wings and a traditional cuckoo call. 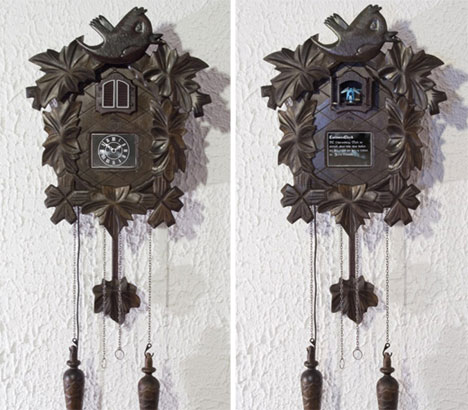 How does the clock decide which tweets are relevant? The user sets preferences for which tweets should be announced. The clock can follow any stream or search, speaking up whenever a certain keyword or tag is mentioned, or just calling out when a new tweet comes in from any of a user’s contacts. The user can scroll through previous tweets on the touch screen with a simple move of the finger.

For the above video, the Twitwee clock is set up to react to any tweets containing its name.  As seen in the video, the touch screen displays a lovely analog clock face when not keeping the user in touch with the Twitter community. Overall, this is an exceptionally attractive, cleverly constructed melding of a traditional clock and modern high-tech guts.