10,000+ Subscribers
Liquid Assets: Tourism Floats Over to the Urban Waterway 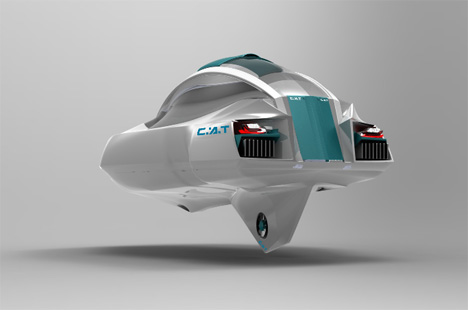 In the waterworld of the future, we’ll need to re-think the way we commute. The C.A.T. (city aquatic transport) is a concept vehicle that would take people from their front doors to work just like a car – only it’s a personal boat. The concept from Curve Creative would not necessarily have to wait until our cities are entirely underwater, however. The designers figure that since many cities already feature central waterways the C.A.T. could be put into use now. 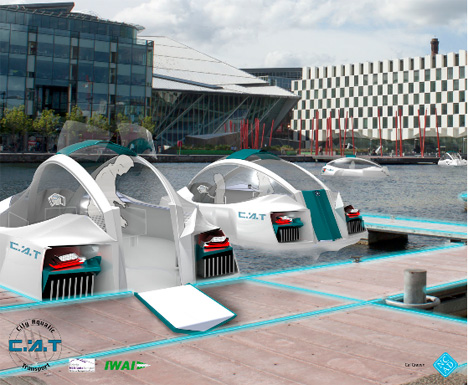 Plenty of cities in the U.S. and around the world contain waterways that just happen to be near popular tourist spots and important landmarks. A fleet of C.A.T. vehicles would therefore make a perfect rental transport for tourists or an alternative to road-based public transportation. By pulling some city traffic off of the streets and moving it to waterways, urban centers would experience a big reduction in congestion. 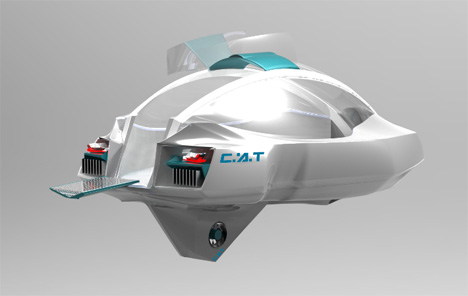 The vehicles could be manually driven for those who like the feeling of being in control of a vehicle, or the auto-drive function could be engaged to allow all of the passengers to relax. Four people can fit into one of the little bubbles in seats that rotate a full 360 degrees. A pop-up table in the center of the interior allows for meetings, games or on-the-go meals.

Far from the typical gondolas, ferries and tour boats already employed in water-rich locations, the C.A.T. system is enclosed and full of comfortable amenities. Wi-fi and power outlets make it possible for commuters to work while traveling while the private space and glass dome make the vehicles perfect for intimate sightseeing.

See more in Concept Vehicles or under Transportation. July, 2011.