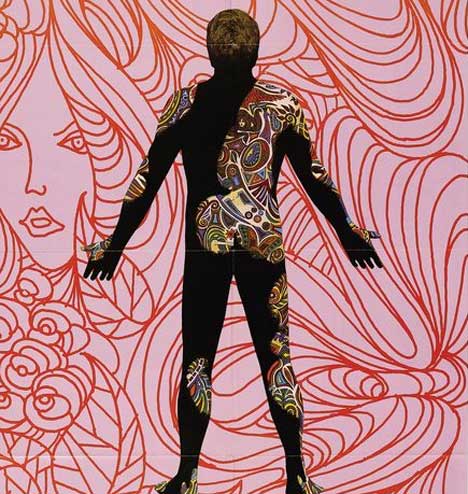 Tattoos have been around nearly as long as the human race itself, and apart from improved tools and safety measures they haven’t changed much. But with futuristic technology comes futuristic body modifications, and the next generation of skin art is on its way. Researchers at the University of Pennsylvania are developing implantable flexible silicon transistors on dissolving substrates that could, at some point, be used as medical tattoos. The implants are extremely thin electronics on a silk substrate that dissolves over time, leaving only the electronics behind. The LEDs are visible through the skin, so when activated their readout is kind of like an electronic tattoo.

The tattoo could, in theory, display whatever the owner wants it to display, making it ideal for displaying shifting designs or even watching TV right on your arm. While the possibilities for body art seem unlimited, the most practical application of LED tattoos would be as medical readout devices. They could display a patient’s blood sugar level easily and without the need to draw blood. The silicon chips are so tiny and flexible that they could be placed just about anywhere without interfering with the body’s normal movements. This leads one to wonder if LED tattoos might be used for advertising purposes one day – human real estate in traditional tattoos has historically been very valuable, and LED tattoos could be turned off and on whenever the user wants. 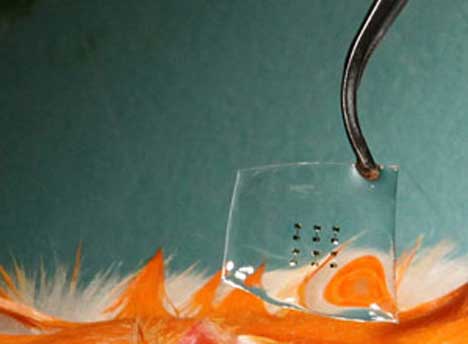 But the transistor technology involved in the LED tattoo research isn’t limited to this one function. The dissolving silk substrate could also be useful for implanting all kinds of biomedical devices and using them in ways we’ve never before imagined. A tiny implanted chip could could be hard-wired to the body’s central nervous system, allowing an amputee to control a prosthetic limb easily. The transistors have already been implanted in mice with no adverse reactions.

Of course, artistic applications for LED tattoos are already being explored. Electronics company Philips has some rather far-reaching ideas in the above video, but maybe after years of development something like this really will come to pass. Imagine being able to look at your partner and literally read her thoughts as her hard-wired LED tattoos spell out exactly what’s on her mind.

See more in Cybernetics or under Technology. March, 2010.