10,000+ Subscribers
Is There Life on Mars? New Evidence Suggests There Is 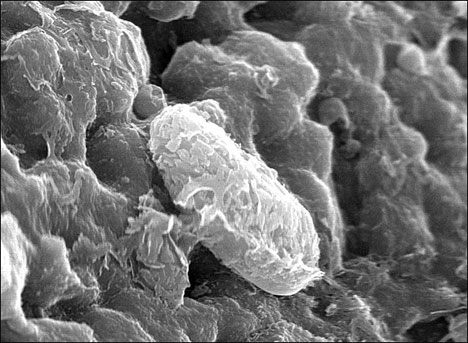 Fourteen years ago, NASA scientists triumphantly proclaimed that they’d found proof of life on Mars. Then-president Bill Clinton gave a press conference and postulated about all of the future wonders that awaited us. And then, for over a decade, we heard almost nothing about the telltale life-containing Antarctic meteorite. While the matter may have fallen away from the public’s immediate concern, NASA scientists haven’t forgotten about that promising discovery. In fact, they’re more convinced than ever that Mars at one time harbored microscopic life. 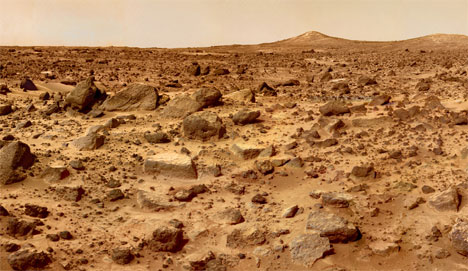 The original 1996 discovery centered on the discovery of microbial fossils in a 4-billion-year-old Mars meteorite that fell in Antarctica thousands of years ago. Scientists were able to identify the origin of the meteorite because the gases in them match gases found in Mars’ atmosphere. And the microbe fossils in the meteorites suggest that Mars was once a very different place than it is today: warmer, water-bearing, and with a protective atmosphere. Critics said that the fossils weren’t necessarily proof of life, leading an inter-disciplinary team of scientists to embark on a whole new kind of scientific journey: one based on simulations, inferences and the kind of detective work that the astronomy community loves to engage in. The result wasn’t definitive proof that Mars supported life at one time – but the report showed that the microbes couldn’t have come from non-biological sources. So while the scientists aren’t saying definitely that there is life on Mars, they are slowly making progress in disproving the critics.