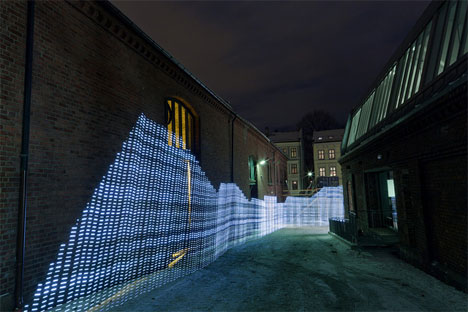 All around us, there is an invisible landscape surrounding and permeating everything that we can see. This second urban topography exists in the wi-fi networks that crisscross the physical topography, beaming data invisibly all around us. Visual artist Timo Arnall wanted to be able to see these streams of information, so he created a video and a series of photographs bringing to light the wi-fi networks all around Oslo, Norway.

The project is called “Immaterials: Light Painting WiFi.” Timo, along with Jorn Knutsen and Einar Sneve Martinussen, built a light stick that operates somewhat like the reception bars on your cell phone. The stick detects a wi-fi signal and lights up according to how strong the signal is. 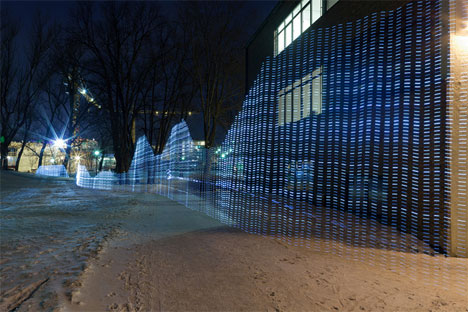 Using this lighted measuring stick, the group employed long exposures and light painting techniques to create a sort of real-life digital painting of the respective strengths of wi-fi signals all around their city. The pictures captured what look like fences of wi-fi rather than the actual sizes and shapes of the network fields, depicting something that is reminiscent of a city-wide light trail leading somewhere spectacular. 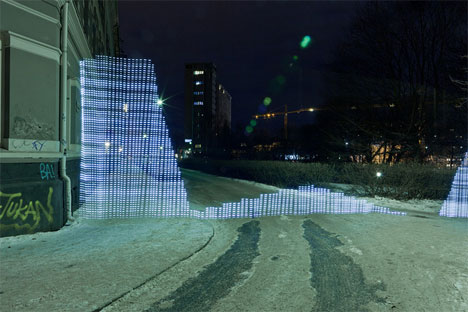 In the process of creating this series of photographs, the team learned that wi-fi signal strength can be vastly influenced by the size and shape of the existing (visible) urban landscape. The existing buildings and land features do play a part in the signal strength as it is experienced in various spots. 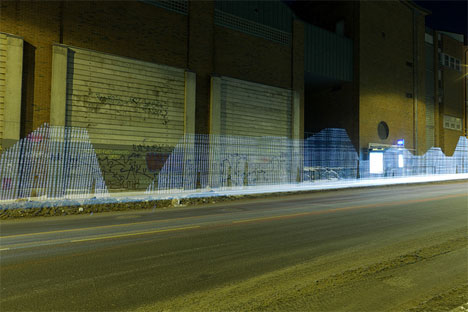 But even more fascinating is the fact that the invisible landscape is extending the visible boundaries of certain zones in some way. A university building, for example, provides wi-fi that extends into an adjoining park so that students are able to work outdoors. This effectively makes the university building’s reach a little broader for those who can access the password-protected network, but does not change the landscape for passers-by without the proper access. 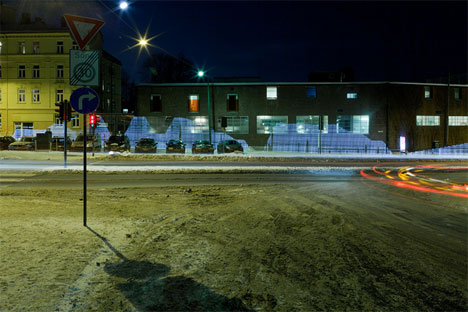 This compelling project serves to bring an invisible part of our world out into the visible realm in a fun way, but it also reminds us of how our cities and towns are changing. Even if we can’t see the information being constantly shared over the air, we can feel the effects of every coffeshop becoming a workspace and every public park turning into a homework hotspot. 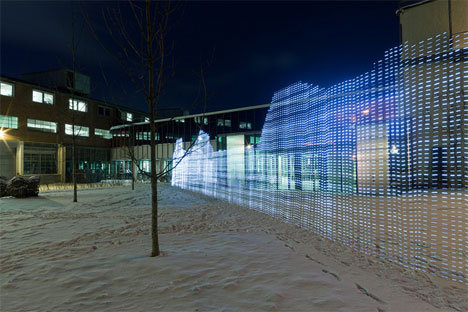 As much as we love this project, we can’t help but wonder how incredible a 3D version would look: one that showed not only a “fence” of wi-fi, but a real topographical map of wi-fi signal strength covering an entire town.

See more in Digital Design or under Technology. March, 2011.