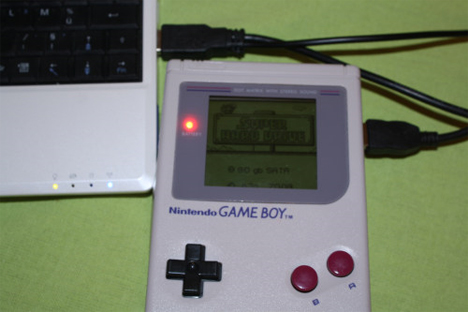 How many times have you thrown yourself on the floor, crying and lamenting the loss of a beloved Gameboy? Well, get up and dust yourself off, cowboy, because some ingenious creature over on the Logic-Sunrise forums has posted a pretty fantastic DIY project: he took the guts out of an old Gameboy and stuffed in an 80GB hard drive, leaving all of the classic clunky aesthetics of the Gameboy intact. The user, known only as _n30_, was nice enough to communicate with Hack a Day to give some additional pictures and details about the mod. 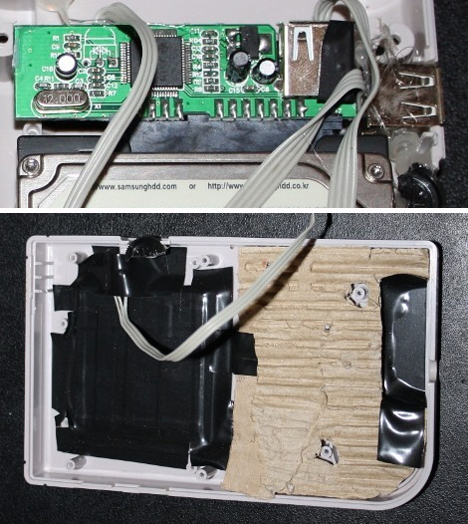 While it may look like the case is still able to play games, that’s just a cleverly printed graphic in the window, not a game screen. But the modder moved the hard drive’s LED up to the battery light position to make it look more realistic, a detail which helps to preserve the illusion that it’s a working Gameboy. 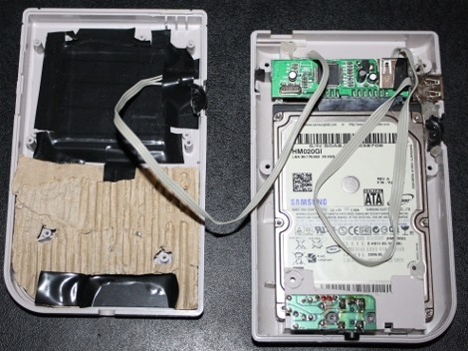 In fact, all of the details of the case’s original function that could be preserved have been preserved in the interest of making this awesome little hard drive look like a functional hand-held game. The control buttons are non-functional but still in place, and even the volume control wheel was glued back into place after the hard drive had been placed inside. The whole case is so realistic that plenty of people looking at the pictures have actually mistaken it for a working Gameboy, a testament to its genius.