10,000+ Subscribers
How to Kill a Leech: Clever Outlet Spits Out Gadget Plugs 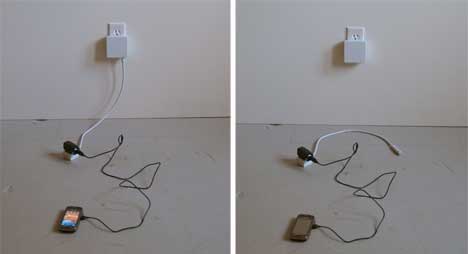 If you’re sensitive to the amount of electricity you consume (and who isn’t, really?), you want to make sure that your appliances and chargers aren’t leaching energy when they’re not in use. All kinds of solutions have been proposed and even produced, mostly involving a visual readout of how much electricity is being fed through the outlet. This one from furniture designer Conor Klein is different: it forces the plug out of the outlet, cutting off the electricity supply.

The Outlet Regulator was inspired by leeches: once leeches are full of blood, they simply fall off of the body they were feeding on. The device plugs into a wall outlet, and an adapter plugs into the device. The other end of the adapter cord holds an outlet, into which your gadget is plugged. 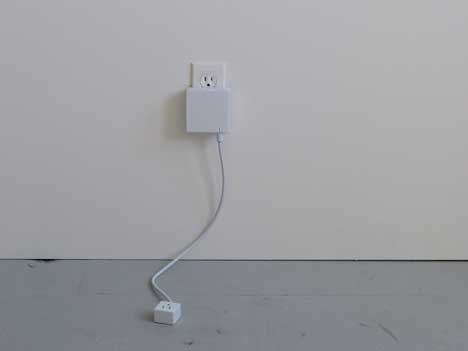 The device that’s plugged into the wall uses a timer and electromechanics to spit out the adapter plug, stopping all energy consumption. The outlet regulator doesn’t seem to have a way to set the timer, so presumably the device will cut off power after a certain amount of time regardless of what’s plugged into it. It may not be customizable, but this gadget looks like a pretty cool way to control vampire energy consumption without having to remember to unplug.

See more in Home & Personal or under Gadgets. February, 2010.