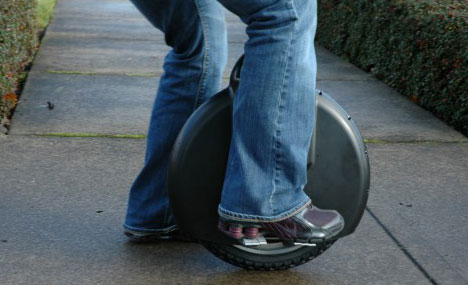 In our greener future, it looks like we will all need to opt for smaller, more energy-efficient transportation. Most designers have been rising to that call by thinking up tiny electric cars – but some are going in a different direction.

The Solowheel is an almost-ridiculously tiny single wheel urban transport gadget that acts like a self-righting unicycle without pedals. A rider has simply to step on and stand up while the Solowheel moves toward a destination.

Like the Segway, the Solowheel is operated largely by the distribution of the rider’s body weight. Lean forward to go faster, lean back to slow down and lean left or right to turn. 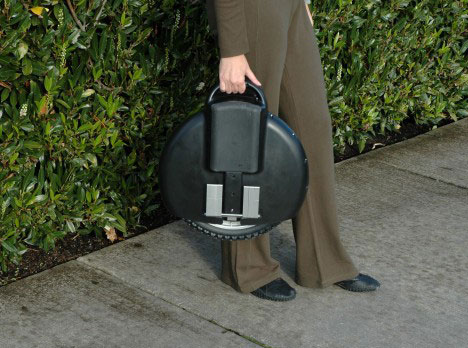 The tiny unicycle is totally battery-operated and can run for about two hours on a charge. When you slow down or roll downhill, the battery actually recaptures energy. The whole assembly weighs a tiny 20 pounds and even includes an integrated handle so it can be carried around when you’re not riding on it. 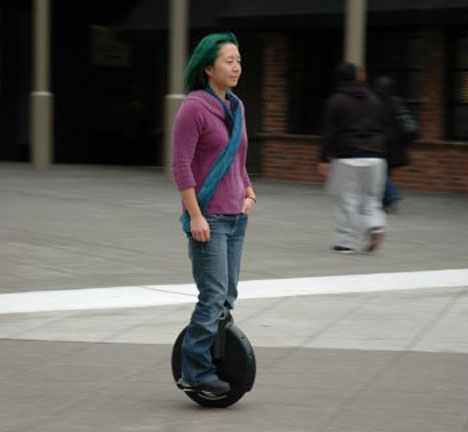 While it’s a bit troubling to see people riding around on a single wheel with no safety gear, we’re guessing it doesn’t go fast enough to make it a truly dangerous activity.