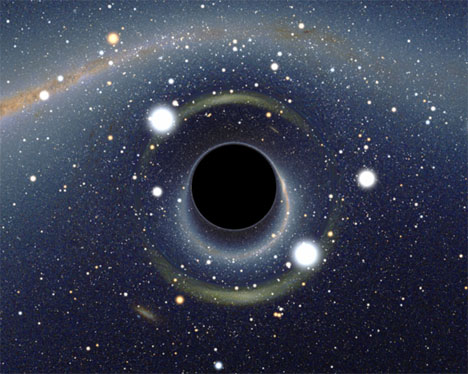 The mysteries of our universe are vast, and even with all of our scientific and technological knowledge we still have to unravel the riddles of our existence. A theory from an Indiana University professor is putting an even-more-mysterious spin on the origins of our universe. Nikodem Poplawski of IU-Bloomington proposes that we’re actually living inside a black hole located in another universe – and that every black hole is potentially a bridge to another universe. His theory uses a modified version of Eintein’s theory of general relativity that takes into account the effect of particle spin. 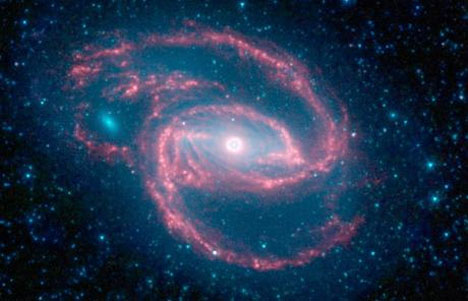 Putting particle spin into the equation also lets the theorist put the calculation of torsion into the mix. Poplawski says that when the density of matter gets to a certain point, torsion counters gravity and stops matter from compressing indefinitely. Instead, the matter rebounds like a spring and starts expanding again, which could explain why our universe is expanding today. 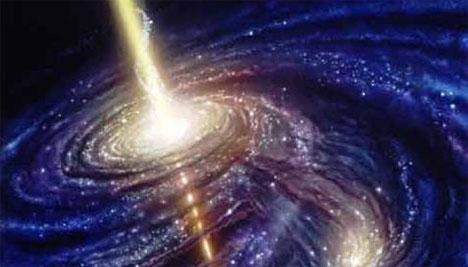 It might be possible to figure out whether we’re all living inside another universe’s black hole. According to Poplawski, the spin of a black hole would impart some spin to the space-time inside it, which would violate the Lorentz symmetry, a law of symmetry that links space and time. Although it might seem like common sense to just go take a peek into other black holes to see if there are other universes in there, that type of observation is impossible. As you approach a black hole, the huge gravitational pull makes time move slower and slower, so an observer would have to wait an infinite amount of time before being able to see a universe inside.