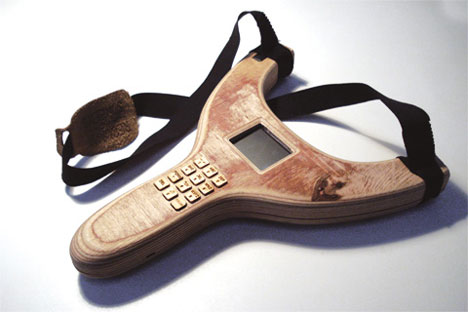 Maybe the slingshot isn’t as popular as it used to be with kids, but graffiti has never lost its appeal with street artists of all ages. Berlin media group VR Urban have combined the two into a whole new kind of toy. They threw in a healthy amount of digital tomfoolery and came up with the SMSlingshot, a gadget that lets you compose a text message and then “shoot” it onto any building of your choice.

The gadget is more of a system, of which the slingshot itself is only one part. There’s also a camera and a projector, which are how the messages actually show up on the surface they are “shot” at. The slingshot is equipped with Arduino, a keypad and a laser, all of which work together to compose and aim the message. You write a message, aim, shoot, and SPLAT! Your words are smashed onto the side of a building in one of the most creative ways we’ve ever seen to communicate with everyone within sight. 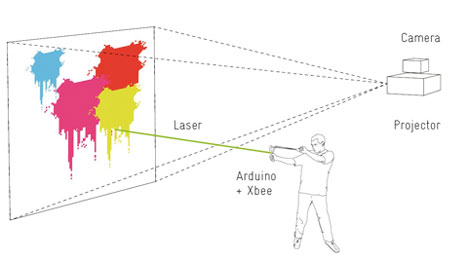 The idea behind the SMSlingshot is that, since advertising takes up so much of our outdoor space, we should be able to take back some of that space. What is usually achieved with spray paint and graffiti tags can just as easily be achieved with the projected messages from the SMSlingshot, and there’s no risk of fines or jail time for tagging with lights and lasers.