10,000+ Subscribers
Hold the Mustard: Flat-Pack Bike Easy as a Sandwich to Make 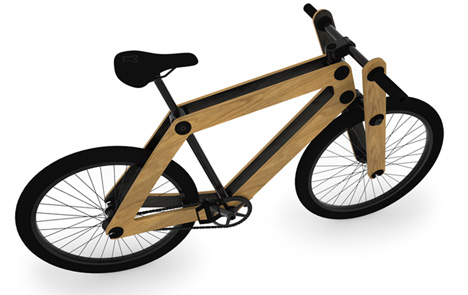 The Sandwichbike has a rather silly name, but it makes up for it with it sheer awesomeness. The bike consists mainly of two thin wooden panels, with the custom-made parts “sandwiched” between the panels. The whole thing is assembled by the user, and once it’s put together it rides just like a traditional welded-frame bike. 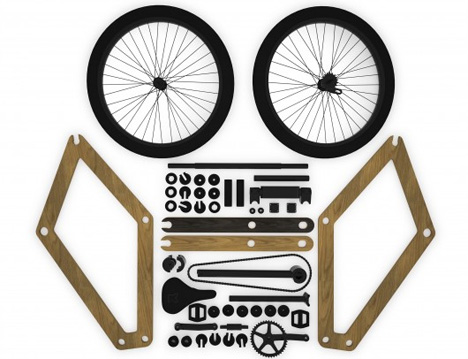 Building a bike yourself might conjure horrible memories of Christmas mornings spent cursing at impossible-to-read instruction manuals, but the Sandwichbike contains less than 50 parts. When you get it, it is entirely contained in a small, flat box – and as the creators say, “if you can make a sandwich, you can surely build a Sandwichbike.”

Amsterdam-based studio Bleijh is planning to sell the fixed-gear bike for the equivalent of just over $1000 US. The above video of a Sandwichbike being assembled shows just how simple it is to put the handful of parts together. And when you do, you’ve got one of the coolest bikes to ever hit the streets. Just don’t try off-roading with it.

See more in Bikes & Cycles or under Transportation. April, 2013.