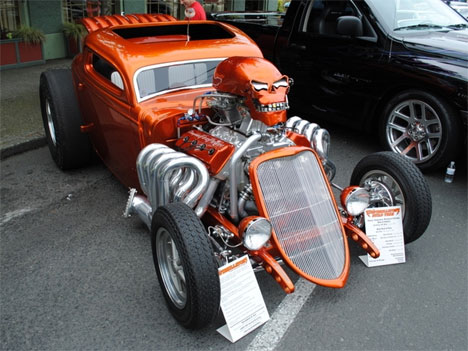 There probably isn’t a much scarier scenario than looking in your car’s rear-view mirror and seeing a glowing skull rushing at you from the darkness. This insane modified car was spotted at the Greenwood Car Show, and it’s enough to make anyone impressed and a little scared all at once. 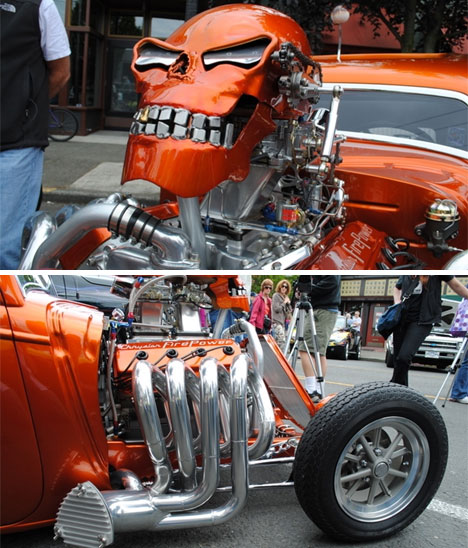 It’s called the Defibrillator, probably because it’s awesome enough to restart a faltering heart. It’s based on an original steel-bodied Ford that’s been cut, chopped, shaved and modded beyond recognition. It’s powered by a 1957 Chrysler “Fire Power” 392 Hemi, and the nitrous system blows out through the nose of the skull. 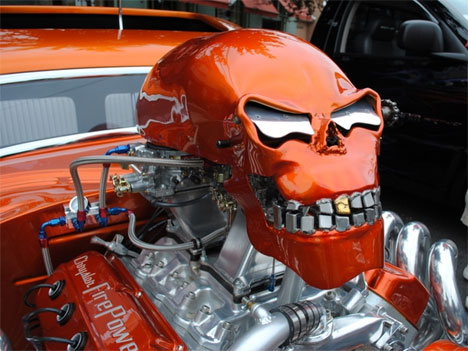 The Defibrillator looks like it was inspired, at least partially, by the Ghost Rider motorcycle. But whether or not the creator pulled inspiration from that legendary bike, this car is one stunning and unforgettable mod.

See more in Mods & Custom or under Transportation. July, 2010.