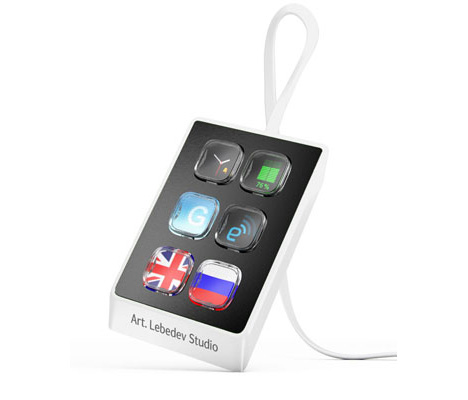 The massive popularity of the Optimus Maximus keyboard from Art Lebedev Studio has led to a much smaller, kind of adorable miniature version. It’s the Optimus Mini Six Keyboard – like its full-size predecessor, the Mini Six will feature “keys” that are actually tiny programmable screens. You, the user, can program your most frequent shortcuts into the keys. Think of the Mini Six as a sort of add-on to your gigantic Optimus Maximus…or maybe a less expensive way to enjoy this very cool futuristic hardware. 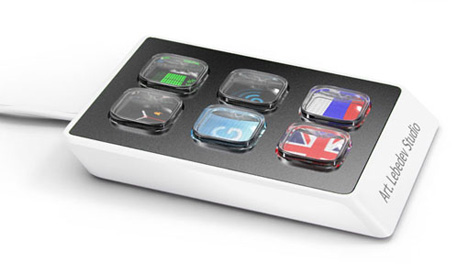 The Optimus Mini Six’s individual keys are smaller than the full-size keyboard, allowing it a very small footprint that will leave you some extra room on your desk. You can assign any six of your favorite functions or sites to the LCD keys; press one key to check out Gajitz, another key to open your email, and use the rest of the keys for other actions you do several times a day. The miniature shortcut keyboard is still in the development stages and there’s no word yet on pricing or an exact release date, but Art Lebedev thinks it should be available by the end of 2011.

See more in Computers or under Gadgets. July, 2011.