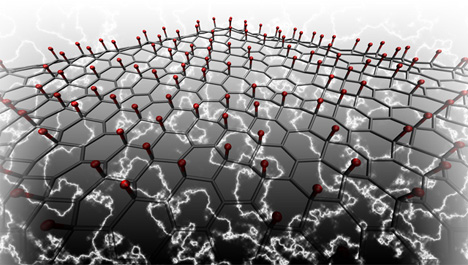 In the last several years, graphene has become a favorite topic in material science circles. The fairly newly-isolated graphene is a mere one atom thick yet does more than just about any other single material: it conducts electricity better than silicon or silver, is harder than diamonds and is even antibacterial. But as amazing as it is, graphene couldn’t be made to produce electricity until a recent experiment at Stanford. The experiment aimed to imbue graphene with piezoelectricity: the ability to generate electricity when force is applied to it. 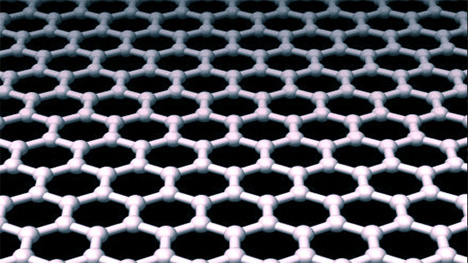 The Stanford experiment involved adding atoms of lithium, hydrogen, potassium and fluorine or combinations of hydrogen and fluorine or lithium and fluorine to one side of the graphene. The addition breaks the perfect symmetry of the graphene which otherwise prevents the material from being piezoelectric. According to the experiment, the doctored graphene exhibited piezoelectric levels that were comparable to standard three-dimensional materials. Let’s just hope no one starts building graphene robots, because there’s basically nothing this stuff can’t do – the human race would be enslaved in no time.

See more in New Materials or under Science. March, 2012.