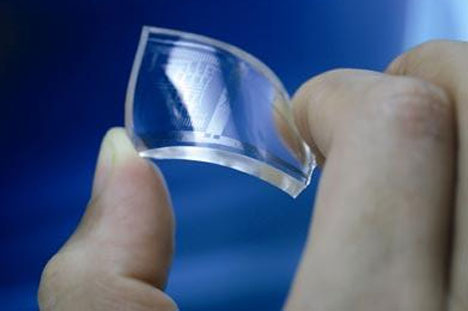 Every once in a while, a material comes along that is so useful researchers have to dig for years to uncover all of its uses. Graphene is one of those materials; it was first created in a lab in 2004, but new uses are still being found for it today. Graphene is simply a material made of ultra-thin graphite just one atom thick. It’s astonishingly good at conducting electrons and is just about transparent. So far, uses for graphene have been somewhat limited because of the way the material was produced: in tiny flakes. But a group of South Korean researchers recently worked out a way to make paper-like sheets of graphene. The new graphene film will allow for even more applications of the amazing material. 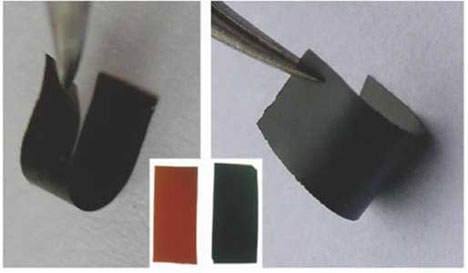 Graphene sheets could be used for touch screens, just like the ones currently used for credit card terminal signature pads. It’s less brittle, less expensive, and performs better than the material currently used for signature pads. But maybe the most exciting new applications on the horizon for graphene take advantage of its inherent anti-bacterial property. It’s super-light and allows a great deal of light to pass through it, so it could be incorporated into anti-bacterial bandages, clothing and other textiles that resist bacterial growth, and even food and live tissue packaging. It seems almost possible that graphene is poised to become the plastic of the future.

See more in New Materials or under Science. July, 2010.