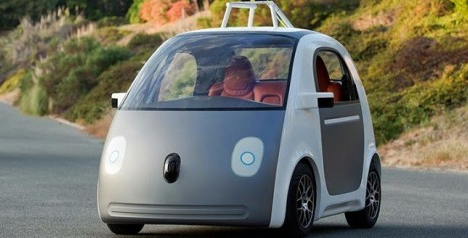 According to the Association for Safe International Road Travel, 1.3 million people die in road crashes annually. The vast majority of those crashes are caused by human error. Google wants to eliminate the element of human error by introducing a 100% driverless car that is more aware of its surroundings than most human drivers. On May 27, 2014, Google’s first prototype driverless cars were introduced to the world – and it turns out that they’re completely adorable.

A front end that looks like a pleasant little robot face is only the beginning, naturally. Inside, the car is conspicuously missing pedals and a steering wheel – the only controls are two buttons: Go and Stop. The software and sensors built into the car will do everything needed to get the car and its passengers safely to a destination with no human intervention required. An internal screen shows the route, and an app calls the car to you when you need it. In initial tests, Google’s engineers found that riders in driverless cars weren’t closely watching the street as they would be if they were driving, so they wouldn’t be able to immediately take over the controls if something went wrong. This finding makes the inclusion of traditional controls a moot point, since in reality they would be useless anyway. 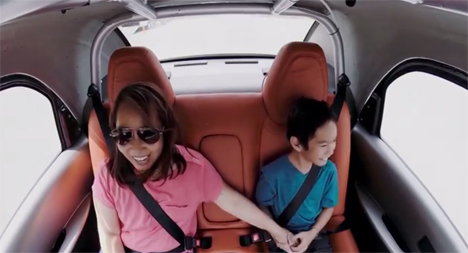 Google’s demo video for the car is understandably uplifting. It shows blind people able to get around on their own for the first time, the elderly going for a ride without worrying about having their keys taken away at a certain age, and families having more time to talk on the carefree commute. Google acknowledges that plenty more research needs to go into the cars before they will become a common sight on the road, but with no blind spots and object sensing that reaches the equivalent of two football fields, they’re off to a great start. Current prototypes top out at a safe speed of 25 MPH, but as the cars’ safety is proven the maximum speed will obviously increase.

See more in Cars & Trucks or under Transportation. May, 2014.