In movies and TV, futuristic techniques are often used to identify and catch criminals – techniques that don’t yet exist because they’re beyond our current technological capabilities. Psychologists Rob Jenkins and Christie Kerr pushed crime-fighting technology forward a bit with an experiment in which they extracted identifiable faces from corneal reflections in photographs.

In the experiment, a group of people stood around a subject and a photo was taken of the subject’s face. The reflections aren’t even noticeable when the photograph is at regular size, but when they’re blown way up and cleaned up a bit in Photoshop, they reveal recognizable faces. 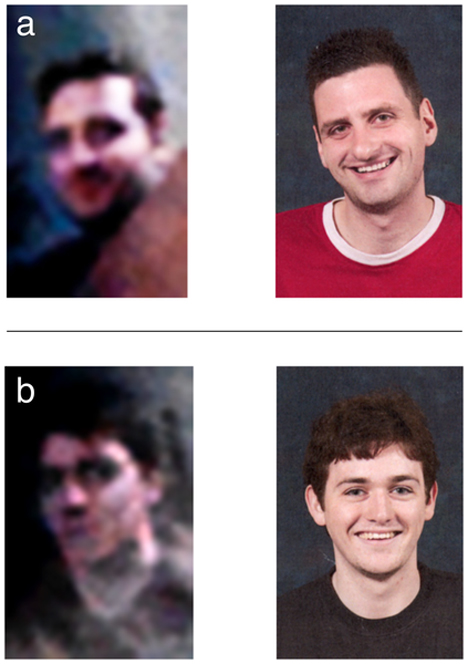 This type of futuristic photographic identification could be useful in crimes like kidnapping and hostage situations in which the victims are photographed. By using software to closely scrutinize those photographs, law enforcement officials could gain valuable leads as to the identities of the perpetrators. 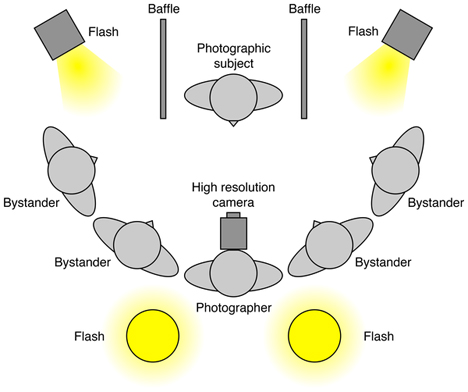 The catch is that the eye-reflection technique isn’t  exactly practical yet. The researchers used a 39 megapixel Hasselblad H2D camera with a maximum resolution of 5,412 X 7,216, and the lighting and arrangement of the bystanders were all carefully orchestrated. These conditions would hardly be replicated in most crime situations, but personal cameras continue to improve in quality at a rather steady rate. One day, cops may be able to pluck a criminal’s identity right from the victim’s own eye.

See more in Futuristic or under Technology. January, 2015.