10,000+ Subscribers
Formerly Futuristic: The Long History of the Video Phone 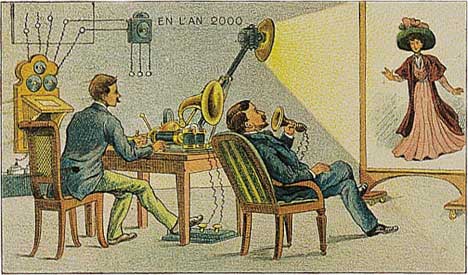 Today, chatting with someone over a webcam is a pretty common occurrence. But fifty or sixty years ago, video phones were the pinnacle of futuristic ideas. Just about every sci-fi story featured phones that allowed people to communicate by voice and picture at the same time. In fact, as the picture above shows, people were imagining video phones at the beginning of the 20th century – long before every home even had a regular telephone. 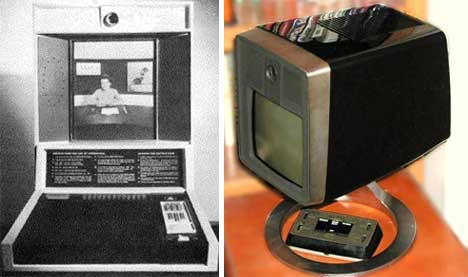 The video phone did eventually come into existence, though it never gained the type of popularity that everyone seemed to expect. AT&T introduced the Picturephone at the 1964 World’s Fair to an awe-struck audience, but its difficult controls and tiny picture earned it poor reviews from those who stepped right up to try out the amazing futuristic technology. 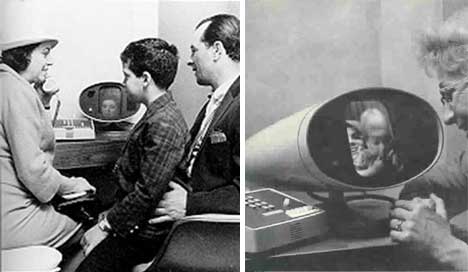 Still convinced that videophones were the wave of the future, AT&T installed the first commercial videophone booths in Washington, D.C., New York and Chicago, along with some in the office buildings of technology-minded companies. But making reservations for phone booths and then paying more than $5 per minute didn’t sit well with most people; the booths were discontinued in 1968, just four years after their introduction. 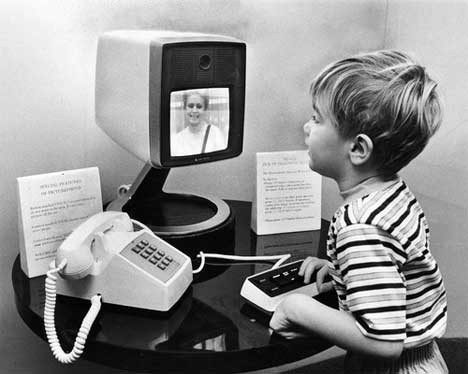 Undaunted by their failure in the commercial sector, AT&T took another leap and introduced videophones for home use in the early 1970s. Unfortunately, although we had collectively dreamed of this day for untold years, people realized that having a picture phone in the home wasn’t all it was cracked up to be. It was expensive: about $100 per month (sometimes higher) plus per-minute charges. The picture was necessarily very small and in black-and-white because it was transmitted over telephone lines. And, overall, people found that they just didn’t want everyone to be able to see them as they answered the phone in their pajamas, with their hair a mess and with last night’s party debris still littering the background.

The AT&T Picturephone service only ever attracted a few hundred subscribers at its peak, and after a few years the service was quietly discontinued. AT&T and other companies would try again over the next 20 years or so to revive the public’s previous videophone enthusiasm, but subsequent consumer videophone products just never caught on. It wasn’t until the dawn of the Internet Age and improved data transfer technology that people actually started including video along with their voice chats, though in a much different way than we anticipated all those years ago.

See more in Retrofuturistic or under Vintage & Retro. May, 2010.