10,000+ Subscribers
Forecasting the Future: 7 Past Visions of 21st Century Life 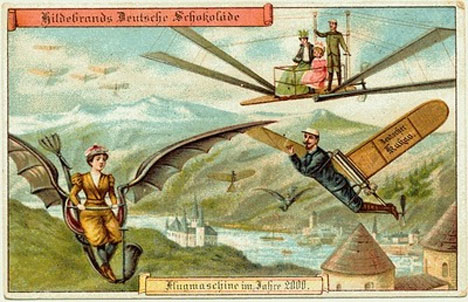 At the dawn of the 20th century, technology was booming and it seemed that anything was possible for the future. Outlandish contraptions featured in just about every prediction of what the future would bring. These postcards were produced by German chocolate company Hildebrands in the beginning of the 20th century and pictured what life would be like in the year 2000. 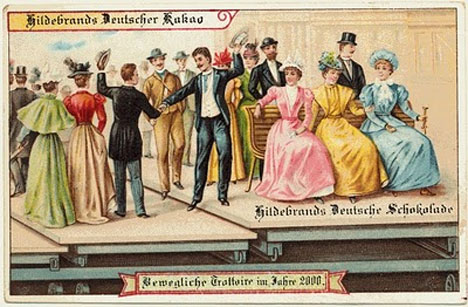 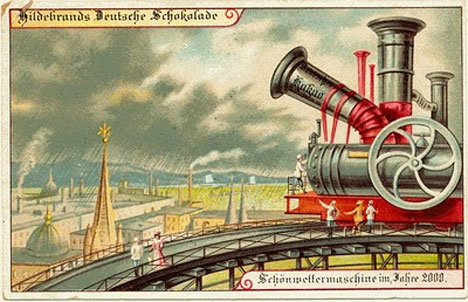 The moving sidewalk is one of those predictions that actually did come true, though not many of us ride them for leisure as the people in this picture seem to be doing. The good-weather machine has also come to pass in a way: we’re now able to shoo away rain in advance of important outdoor events (like the 2008 Olympics in Beijing). 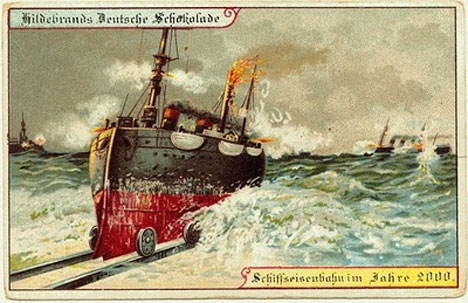 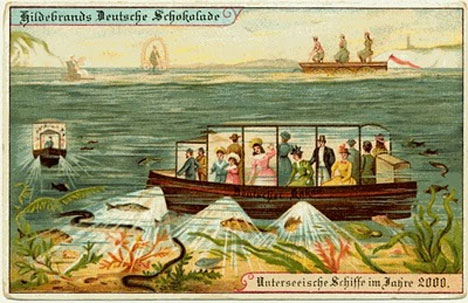 Travel was a frequent subject of futuristic predictions, as people at the turn of the century believed that the way we got from one place to the next would drastically change by the year 2000. From amphibious ship trains to underwater tour buses, water-based transportation was clearly thought of as the way of the future. 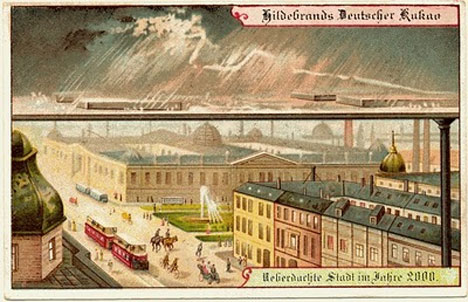 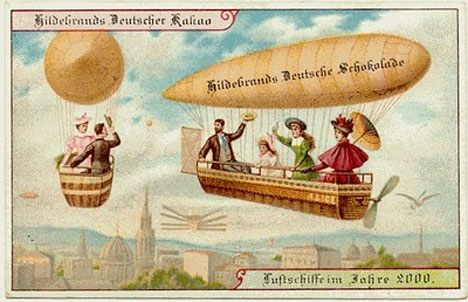 People of the early 20th century predicted that we would no longer need to deal with inclement days since major cities would feature roofs to keep out the elements. If you consider shopping complexes to be similar to indoor cities, this prediction has indeed come true. Sadly, we’re still waiting for our own personal airships, though based on the lack of safety features in this picture we’re kind of glad for that.

See more in Retrofuturistic or under Vintage & Retro. July, 2010.