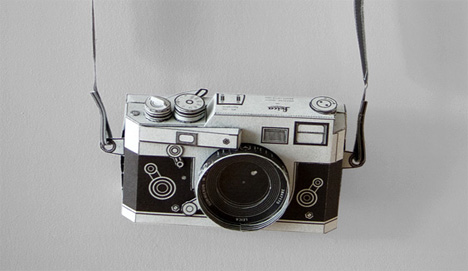 All too often, gadgets become status symbols rather than the helpful tools they are meant to be. To combat this and make desirable gadgets affordable enough for absolutely everyone, designer/photographer Matthew Nicholson has invented the Lie-ca. The beautiful camera is a cardstock replica of a highly sought-after Leica camera. 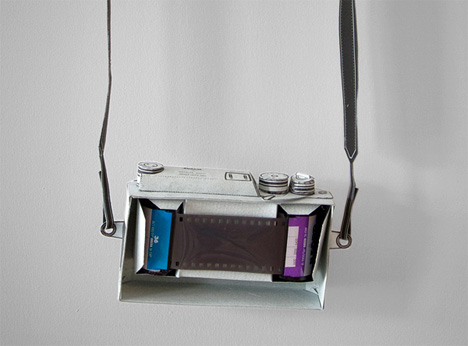 The paper camera is made from a 10-page template which can be downloaded from Nicholson’s site for a mere £1.50. But far from just looking like a genuine Leica, the papercraft gadget actually functions as a 35mm camera. 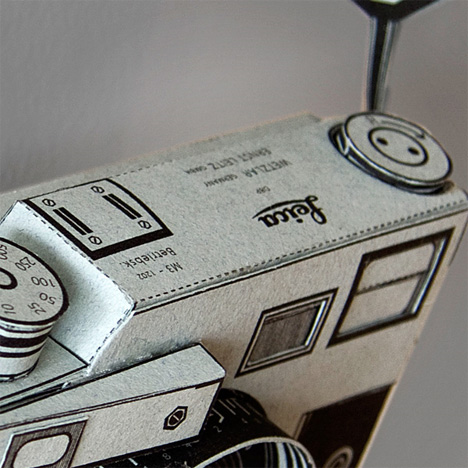 This DIY pinhole camera certainly won’t perform as well as the well-loved German Leica cameras, but it’s a much cheaper way to sport the coveted look of the Leica. Photographers who just can’t afford the real article will appreciate the humor in taking pictures with a Lie-ca which cost only pocket change to purchase and a few minutes to assemble.