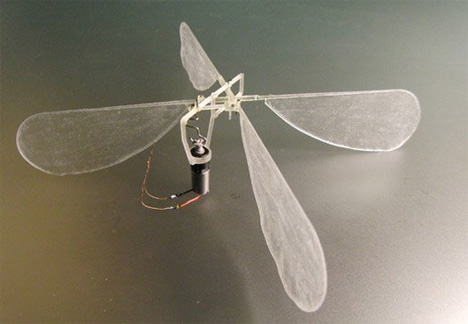 Robotics teams seem to be enamored of small, insect-like flying machines. But as fascinating as they are, and as much as they can help with robotics research, it turns out they’re a little challenging to build. Those light-but-strong wings can take up to several days to construct, slowing projects down and making it difficult to try out different wing configurations. Thankfully, we live in the future where just about anything is possible.

This team at Cornell was able to use 3D printing to make their ornithopter, proving once again that rapid prototyping is one of the coolest technologies to come along in a very long time. Rather than taking days out of their research schedule to build new iterations of the robot, the team was able to print out replacements or new versions in a matter of minutes. And because they were much less limited by materials and time, they were able to experiment with different wing shapes and designs, leading to the machine in the video above which weighs only 3.89 grams and can hover for an amazing 85 seconds.

See more in Science Fiction or under Science. March, 2011.