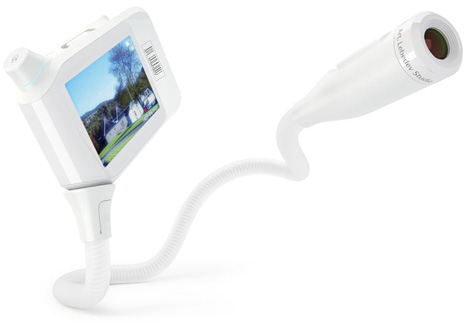 This camera is a concept any parent with young kids will appreciate. You know how when you go to a school recital, you always get stuck behind someone with a giant head who prevents you from seeing the stage and shooting pictures? You could always stand up, but then you’re blocking the people behind you. The Fleximus is a camera with a long, flexible neck that lets you shoot video or take pictures from unusual angles – making it simple to take pictures over or around the big-headed chap without irking the people in the row behind you. 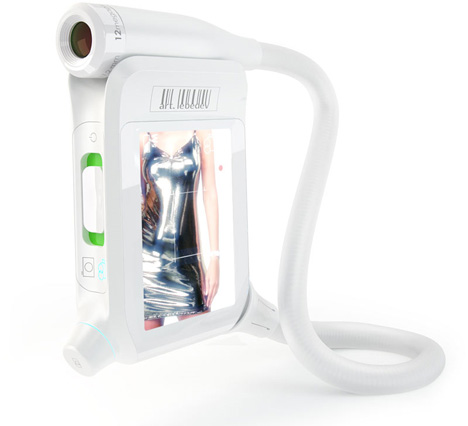 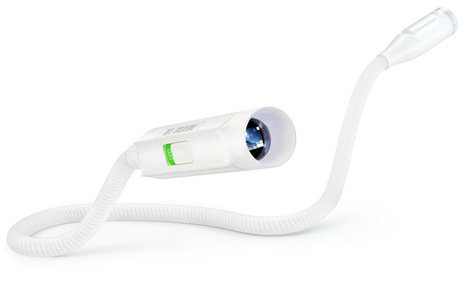 You have your choice of looking through a small viewfinder about the size of the lens itself, which makes the whole setup look like a toy periscope, or attaching a 3-inch LCD display. The tube is long and flexible enough that you can probably even use it for serious applications, like house inspections or spying on the neighbor’s pool party through that little hole in the fence. 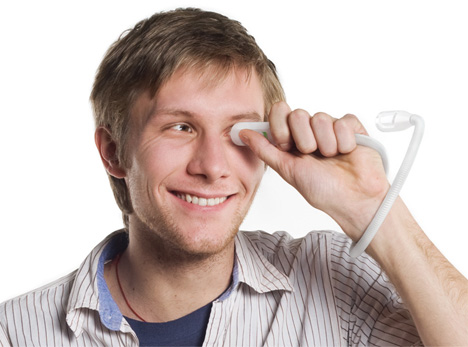 The concept was developed at Art Lebedev, the famed Russian design school. The design is meant to be as simple as possible, with very few controls and an intuitive design. It’s only a concept at this stage, but the idea – mashing up a gooseneck spy camera with the common household camcorder – is solid and marketable.