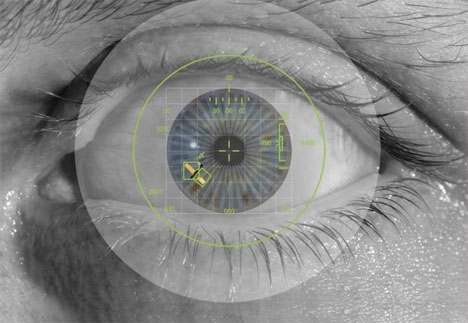 Iris recognition is an extremely reliable way to identify people based on the intricate patterns in their eyes.  But until now, it’s been relatively easy to foil iris-detection cameras: just keep your head down. DARPA, the Department of Defense’s future-minded research agency, is developing a new type of iris-detection device that will be able to look deep into your eyes even when it doesn’t get a head-on look at your full eye. The project started out with research from Southern Methodist University and lightweight, lensless cameras that use low-res sensors to create high-res images. 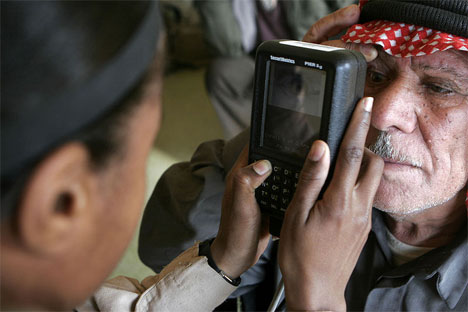 The cameras will be used in conjunction with other technology, like active illumination and handheld pico projectors. The innovation is called Smart-Iris, and it could eventually identify people after getting a glimpse of only part of an iris. Rather than requiring subjects to stop and stare straight into an iris recognition camera, the new devices would zero in on the iris even when the individual is moving or looking away. The future of identification devices like this could mean that wherever we go, Big Brother knows exactly where we are…and we’ll have no idea he was even looking.

See more in Unbuilt Concepts or under Technology. June, 2010.